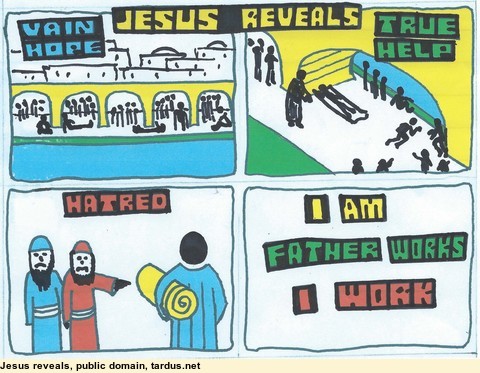 Jesus, after living 30 years quietly in Galilee, the remote northern province of Israel, has begun His public work of revealing the Kingdom of God. He would reveal Himself to the Jewish people as their long-awaited Messiah, and to all people as the "Saviour of the World" (as He had already to some Samaritans, chapter 4:42). When the Bible records Jesus doing a miracle it is never for show, and only in response to people's great need, and to reveal who He really was to those who had "eyes to see and ears to hear". Many sadly, though having physical eyes and ears, could not see Who He was, nor receive His words. Even when He worked a miracle on a large scale, as when He fed the 5000 with a few bread rolls and dried fish, it was done quietly and without any fanfare.

A Private, "Invisible" Miracle Given, verses 5-9 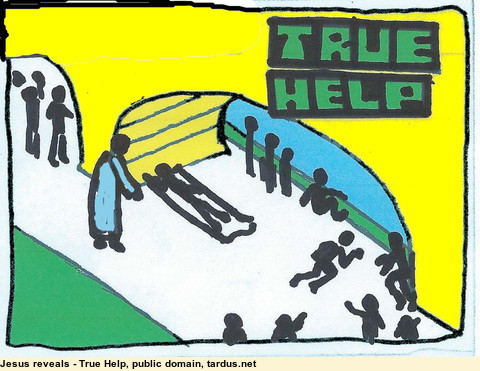 In complete contrast to the expected, spectacular miracle is what actually took place. Jesus comes quietly and heals a man that would easily have won the prize for the most miserable and afflicted of all the sick folk at the pool-side. 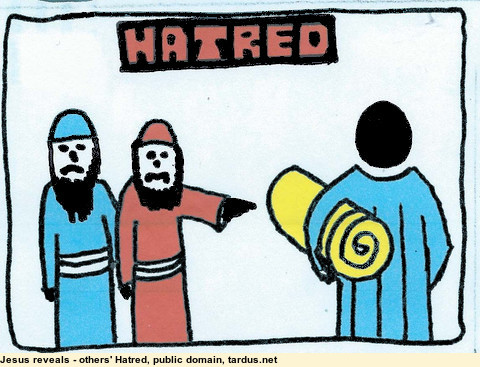 Verse 9 tells us this miracle was done on the Sabbath day, that is the Jewish weekly day of rest. This little fact stirs up the most bitter hatred against Jesus, when the wonderful healing should have instead stirred up great praise to God, and love to Jesus. How did this happen?

They were more concerned about their legalistic interpretations of God's good rules than they were for God's good Son. They loved their positions of authority over the people, and would not give way to God's authority.

(Note: It is not my intention to offend Jewish friends by implying any general hatred of Jesus today.)

The Miracle Worker Reveals Himself

The Jewish leaders (probably they were Pharisees, judging by their approach to the Law and to making the most minutely detailed regulations to surround it) now knew who had commanded the man to carry his bed-roll. The focus of their hatred now shifts to Jesus. They find him, and begin to harass Him, challenging Him over this issue of the Sabbath, and what they called His "breaking" of the Sabbath, by various acts of healing on that day (verse 16). The word used is "persecute", implying bitter and determined harassment, with a view to His downfall. In fact, they wished Him dead, so bitter was their hatred. (see verse 18, where they "were seeking all the more to kill Him")

Jesus Defends His Actions and Reveals His Identity

In the other Gospels there are several accounts of Jesus defending His actions on the Sabbath day, but none perhaps as striking and revealing as this one. 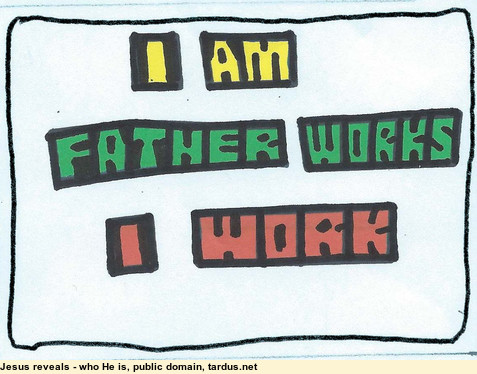 There are three parts to His defence:-

Many people refuse to accept that Jesus ever made such claim to being one with God, though obviously (they say) he was a good and great man and teacher. Yet what did the law-masters of the Jews, who were there on the spot, eye and ear witnesses, think? What was their reaction?

This is why the Jews were seeking all the more to kill him, because not only was he breaking the Sabbath, but he was even calling God his own Father, making himself equal with God. verse 18

What do you think? Will you trust yourself to Him as God and Saviour, ignore Him as of no interest at all, or hate Him as one who interferes in your own plans and life? You must make a choice - even to avoid the choice is still a choice.

The name "Jew" comes from the name of the Israelite tribe of Judah (one of Jacob's 12 sons. Jacob was also named "Israel"). The name Judah was later applied to the southern kingdom of Israel, centred at Jerusalem, after the civil war and split after the death of Solomon, last king of a united Israel. The northern kingdom, bearing the name Israel, was destroyed by the Assyrians about 722BC, with mass deportations of the people. Judah survived until it too was conquered by the Babylonians from 597BC. People of the southern kingdom later returned to Israel under the protection of Cyrus, King of Persia, and the land was generally known as Judah from that time onward.

By the time that Jesus was born, the Romans ruled the land, and the southern province was then known as Judea. By long use the term "Jew" had come to mean anyone of Israelite descent, whether living in Judea, the northern province of Galilee, or elsewhere in the world.

The name "Jew" is also used by John to refer to the Jewish leaders, that is the members of the Jewish ruling council, the Sanhedrin. The Sanhedrin members were mostly of the sect of the Pharisees or that of the Sadducees.

Doubtful verse 4, the angel's stirring of the pool

Older English translations, especially the King James Bible and its variants, include verse 4, now thought by many Bible scholars to be a later addition, and not part of what John wrote down. For this reason it is omitted from such popular modern translations as the New International Version (NIV), the Contemporary English Version (CEV) and the English Standard Bible (ESV). Two reasons it is thought to be an addition are that it does not appear in the oldest of the early Greek manuscripts, and that it is strangely inconsistent with the other miracles in the Bible. The idea of a "permanent" miracle happening at a particular place is more in keeping with pagan superstition than the Bible, and the concept of sick people competing for a cure, and the most disabled always missing out, is repugnant to the whole ethos of the Bible.

God's work of sustaining everything goes on. He has never rested from it

Scriptures that show God the Father has never rested from His work of sustaining the universe:-

Psalm 104 (all of it, but here is an excerpt) 21 The young lions roar for their prey, seeking their food from God. 22 When the sun rises, they steal away and lie down in their dens. 23 Man goes out to his work and to his labour until the evening. 24 O Lord, how manifold are your works! In wisdom have you made them all; the earth is full of your creatures.

Job 38:39-39:4 39 "Can you hunt the prey for the lion, or satisfy the appetite of the young lions, 40 when they crouch in their dens or lie in wait in their thicket? 41 Who provides for the raven its prey, when its young ones cry to God for help, and wander about for lack of food? 39 "Do you know when the mountain goats give birth? Do you observe the calving of the does? 2 Can you number the months that they fulfil, and do you know the time when they give birth, 3 when they crouch, bring forth their offspring, and are delivered of their young? 4 Their young ones become strong; they grow up in the open; they go out and do not return to them.