The previous chapter records events that happened about the time of the Jewish Passover feast (6:4) at about April of that year. Jesus would have certainly attended the Passover in Jerusalem, well to the south of his home country in Galilee, the northern region of Israel at the time. Chapter 7 opens by telling us that Jesus afterwards spent his time back in Galilee, staying away from Judea to the south, with its the capital city Jerusalem and the religious centre of the Temple. The reason is given in plain words. "Because the Jews were waiting to take his life" (7:1). It is important to remember hear that when John writes of "the Jews" he does not mean the nation as a whole, but only the religious rulers who were so violently opposed to Jesus.. Six months later was the third of the major Jewish religious festivals, the Feast of Tabernacles, when the people remembered the nation's deliverance from slavery in Egypt in the time of Moses.

The time was about six months before Jesus set His face to go to the Cross.

Jesus' prudence - He did not court martyrdom, as some Christians later did. It is both legitimate and wise to avoid persecution when it can be done without denying the faith. To flee is not always cowardice, nor lack of faith. 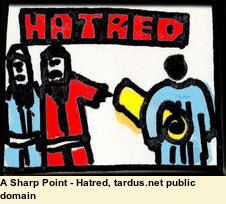 By the religious leaders, chiefly the sect of the Pharisees. Hated Him because he breached the elaborate and well nigh impossible regulations they had built up around God's good and wise commands for Israel. Especially those to do with the observance of the Jewish day of rest, the Sabbath, on which day He often healed those with dreadful illnesses, and set at liberty those who were beset by demons.

These rulers were still filled with bitter hatred because he healed a man who had been paralysed for 38 years, at a public festival, on the Sabbath. This is recorded in John chapter 5, 6 months before. It obsessed them then and obsessed them now, smouldering, then bursting into fierce flame.

They hated Him because He showed them up for what they were, proud and greedy hypocrites. "The world hates me because I testify about it that its works are evil.". {{Note: this is not a call for graceless confrontation by Christians. Religious hypocrisy was what Jesus spoke so fiercely about. The common people heard Him gladly, and thieves, prostitutes and others who knew they were sinners came to Him confessing their sins and departing with new life.}} 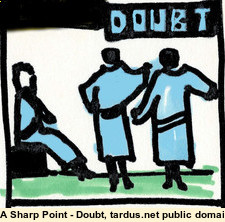 It is now time for all pious Israelites to plan the journey south to Jerusalem for the Feast of Tabernacles. Jesus' own brothers say to Him, "Go south to Jerusalem. Let your followers see you." In effect, they said "IF you are the Messiah, the Christ, Who God promised to send, show yourself!". It seems they said this with a dash of sarcasm, for they did not believe Him to be the Messiah either (v5, "For not even his brothers believed in him."). He knows our grief when those near and dear to us do not believe in Him. He suffered the same.

Jesus refuses to go up to the Feast publicly, in the crowd on pilgrims heading south. He will not allow the crowd to regard Him as a military Messiah, coming to drive out the Roman conquerors. He tells his brothers "You go to the feast. I am not yet ('yet' implied) going up to this feast, for my time has not yet fully come" (v8)

His path had been fully planned before the creation of the world - He must go up to Jerusalem as the true and only Passover Lamb, at the great Passover feast, still six months away. He was the one John the Baptist shouted about "Behold the Lamb of God, Who takes way the sin of the world" (John 1:29). He will not give up His life before the due time, and not at the Feast of Tabernacles.

Sharp truth from His lips.

He goes up secretly, under cover as it were, for while it is not yet the time for Him to die at Jerusalem, it is the time for Him to speak God's truth there, and to do it sharply. That is, to make it beyond doubt, for any that did not have their fingers in their ears, that He was indeed God's promised Messiah.

His opposers are amazed when He appears halfway through the feast and teaches publicly. "Where on earth did this man get such learning, without being taught?" He had not been to the Rabbinical College, being just a peasant carpenter. If they had asked "Where in Heaven did this Man get such learning?" they might have understood. 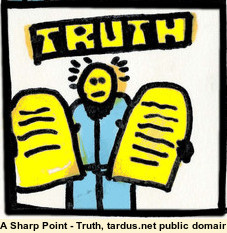 The crowds are divided - "Some said 'He is a good man.' Others replied, 'No, he is leading the people astray.'" (verse 12) Division is not because Jesus is corrupt, but because mens' hearts are. Notice the widespread fear of openly supporting Jesus. Verse 13

The words "His time/hour had not yet come" are repeated three times (verses 6,8 and 30). God will not allow anything to happen to Him until the right times comes. It is not now, and all the rulers hatred could not arrest Him, nor kill Him.

Even in the garden of Gethsemane, when the mob came to arrest Him on the night before He died, it was only by permission that they could take Him. When He offered Himself to them, saying "I am he", the mob was struck to the ground with fear. He must encourage them to take Himself prisoner before they have strength to do it. (John 18:5)

He was victorious over the plotters, who "were seeking to arrest him, but no one laid a hand on him, because his hour had not yet come". (verse 30)

When the hour did come, He offered Himself up as a blameless and mighty sacrifice, to rescue us from the the guilt of sin and the horror of hell. It was for our everlasting safety.

He was then victorious over death, sin and hell. 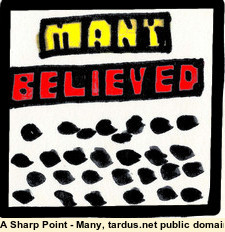 Many Believed in Him.

"Yet many of the people believed in him. They said, 'When the Christ appears, will he do more signs than this man has done?" (verse 31)

He may not look like what we expect, but He has all the credentials of what we ought to expect.

After all the attempts of the rulers to discredit Jesus, after all the ill-informed argument among the crowds, yet many came to believe in Him that day. They believed He was "the Holy One of God" as Peter had declared in John 6:69.

Once more in this we see Jesus victorious.

7 After this Jesus went about in Galilee. He would not go about in Judea, because the Jews were seeking to kill him. 2 Now the Jews' Feast of Booths was at hand. 3 So his brothers said to him, "Leave here and go to Judea, that your disciples also may see the works you are doing. 4 For no one works in secret if he seeks to be known openly. If you do these things, show yourself to the world." 5 For not even his brothers believed in him. 6 Jesus said to them, "My time has not yet come, but your time is always here. 7 The world cannot hate you, but it hates me because I testify about it that its works are evil. 8 You go up to the feast. I am not going up to this feast, for my time has not yet fully come." 9 After saying this, he remained in Galilee.

10 But after his brothers had gone up to the feast, then he also went up, not publicly but in private. 11 The Jews were looking for him at the feast, and saying, "Where is he?" 12 And there was much muttering about him among the people. While some said, "He is a good man", others said, "No, he is leading the people astray." 13 Yet for fear of the Jews no one spoke openly of him.

14 About the middle of the feast Jesus went up into the temple and began teaching. 15 The Jews therefore marvelled, saying, "How is it that this man has learning, when he has never studied?" 16 So Jesus answered them, "My teaching is not mine, but his who sent me. 17 If anyone's will is to do God's will, he will know whether the teaching is from God or whether I am speaking on my own authority. 18 The one who speaks on his own authority seeks his own glory; but the one who seeks the glory of him who sent him is true, and in him there is no falsehood. 19 Has not Moses given you the law? Yet none of you keeps the law. Why do you seek to kill me?" 20 The crowd answered, "You have a demon! Who is seeking to kill you?" 21 Jesus answered them, "I did one work, and you all marvel at it. 22 Moses gave you circumcision (not that it is from Moses, but from the fathers), and you circumcise a man on the Sabbath. 23 If on the Sabbath a man receives circumcision, so that the law of Moses may not be broken, are you angry with me because on the Sabbath I made a man's whole body well? 24 Do not judge by appearances, but judge with right judgement."

25 Some of the people of Jerusalem therefore said, "Is not this the man whom they seek to kill? 26 And here he is, speaking openly, and they say nothing to him! Can it be that the authorities really know that this is the Christ? 27 But we know where this man comes from, and when the Christ appears, no one will know where he comes from." 28 So Jesus proclaimed, as he taught in the temple, "You know me, and you know where I come from? But I have not come of my own accord. He who sent me is true, and him you do not know. 29 I know him, for I come from him, and he sent me." 30 So they were seeking to arrest him, but no one laid a hand on him, because his hour had not yet come. 31 Yet many of the people believed in him. They said, "When the Christ appears, will he do more signs than this man has done?" English Standard Version Anglicised (ESVUK) 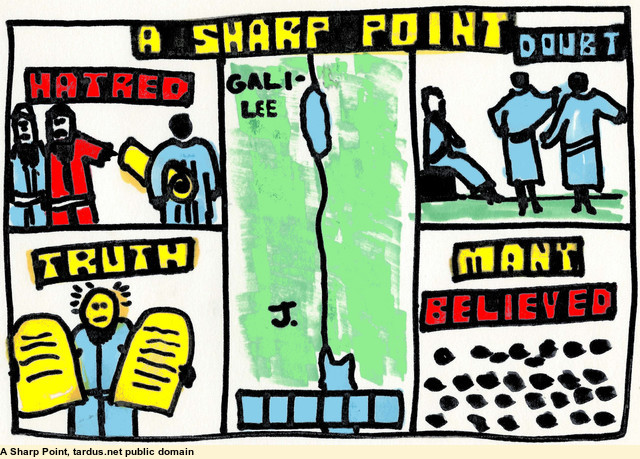 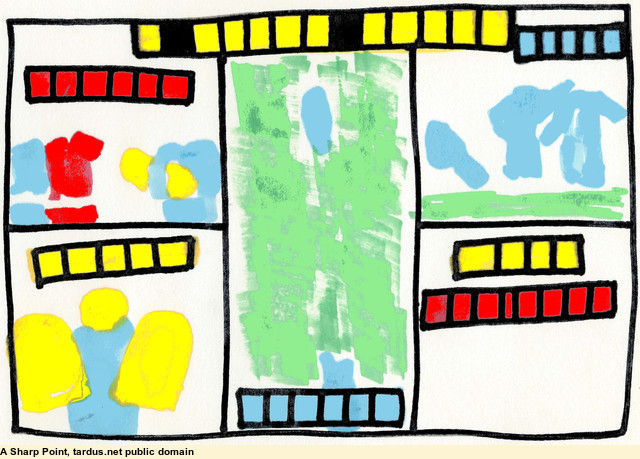