For Lucy, who understands such things >8-)

Logic gates are the building blocks of microprocessors, of the personal computers we take for granted now.

Not to be out-done, Rob Ives of Flying Pig has created downloadable models of Logic Goats, namely

So far I've only built the AND Goat 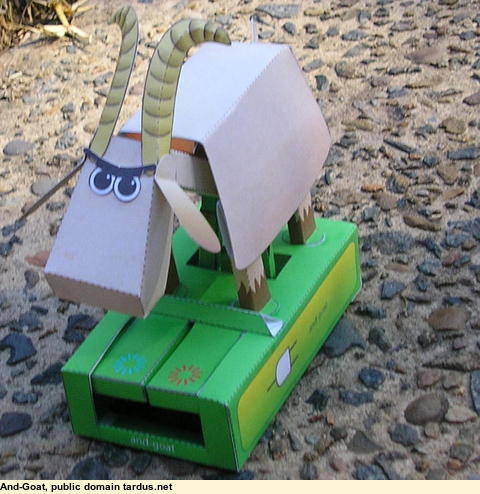 There are two buttons on the front of the pedestal. One marked with a blue star, and the other with a red one.

Here you can see the blue one being pressed. The goat stubbornly refuses to nod his head. 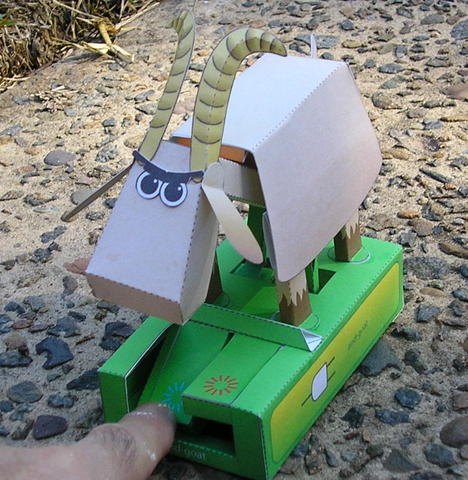 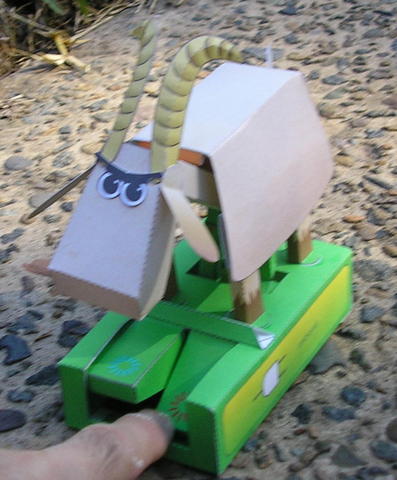 Now we press both buttons together. The goat at last gives a definite nod, in fact, a deep bow. So, we must press both the blue AND the red buttons. That's Goat Logic for you. 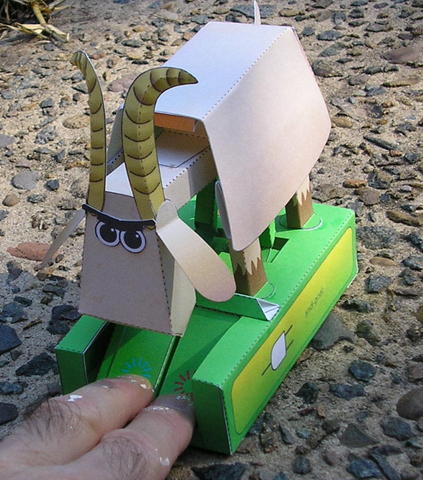 Here's a side view. You can just see the two pushrods going up from the back of the two buttons. The AND mechanism inside is quite cunning. Two weights hold down the back of the pivoting neck beam. Either is sufficient to keep the head up. To get him to nod you must press both buttons to lift both weights. Then the head is heavier than the neck beam and down it goes. 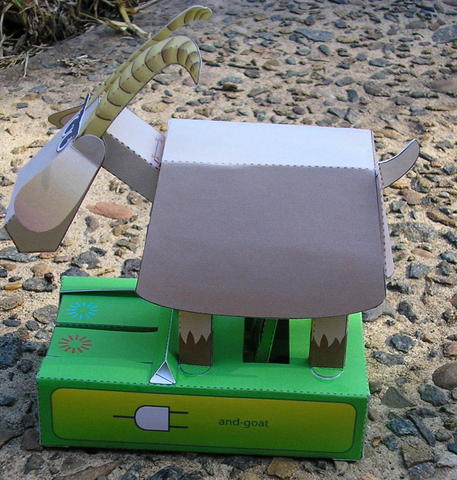 Video of the Goat