Boffin - is that some sort of hobbit?

According to Wikipedia the word's origin is unknown. It appeared during World War II, where it was applied with some affection to the people who invented radar, early digital computers, the atomic bomb, and other technologies that gave the Allies an advantage over the Axis during the war.

And yes, the Boffins were also one of the families of hobbits in the Lord of the rings, mentioned in book 1, p50, at Bilbo's birthday party.

I also am a bit of a boffin, and don't mind the title!

I watched The ABC's Australian Story this week on Max Whisson. Max is a retired medical doctor now in his 70s, and a lateral thinker and prolific inventor. Current big one is a scheme to use wind energy to extract water from the atmosphere, to moisten our dry continent. His wife said he was a sort of Renaissance Man. This struck a chord, because I've often said the same of myself. That is, even from childhood I've wanted to know everything, and be involved in everything. (OK, not everything; the day the football genes were handed out I must have been somewhere else! I can appreciate others' enthusiasm for sports, and good on them. I just don't share in it, and that's no doubt my loss)

Leonardo Da Vinci is probably the archetype of the Renaissance man. He was philosopher, engineer, medical man, artist, scientist. He conceived the army tank, the helicopter, fixed-wing aircraft, was a pioneer in modern human anatomy, invented the diving bell & diving suit, and his painting of the Mona Lisa is perhaps the most famous & recognised piece of art in the world. 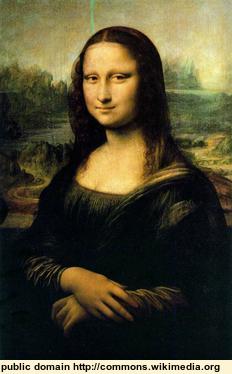 Still, as a boy I pored over all sorts of books on matters scientific, engineering, technical, biological, anatomical, etc., gleaning what I could, and often enough trying to do or build something out of that gleaning.

I remember trying to make sulphurous acid from garden chemicals and burnt steel wool. I made a model of a medieval siege catapault (models were a passion). I sent an ant astronaut up in a skyrocket and recovered it alive. I furthered my knowledge of electricity and Ohm's law by vapourising a small resistor inserted into a 240 volt wall socket (not recommended!). 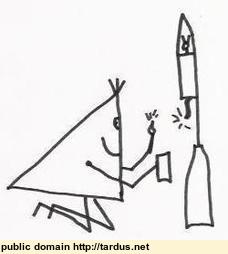 There were always too many ideas buzzing around to actually achieve much. I wanted to build ram-jets, wind-tunnels, electron accelerators, and the list never stops.

When I started learning about computers in 1985, with my Commodore 64, I was not satisfied until I had some good idea of what actually went on inside. That took years, but still benefits me in my work.

At 58 I'm still a bit that way. Current ideas include cheap solar water heating, a mini-photo-voltaic generator for the house, a variation of a recumbent pedal-powered trike, crab-claw sails and a combination turbine vent and electrical generator.

Maybe, just maybe, some will appear on this site one day.