The Wise and Foolish Builders

Today's story from the Bible goes right back to the beginning. Really, they all do, for it is really all one giant story. 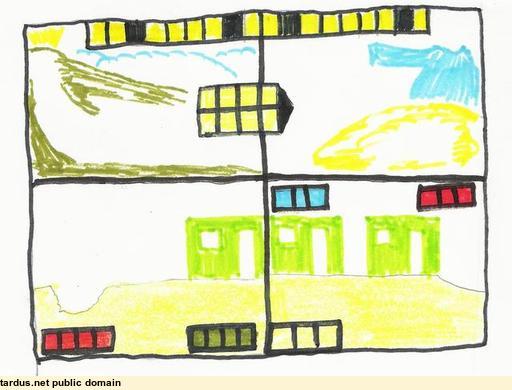 Scene 1 - Out of the Garden 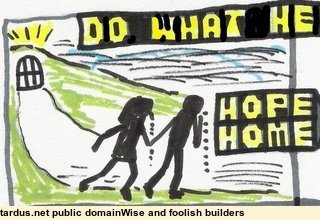 When God made the world (and the entire universe too) He made a man and a woman.(read about it in Genesis, the 1st book of the Bible. Genesis means "Beginning") The man and the woman were wonderful, perfect, beautiful and happy in God's care and love. They lived in a garden full of all good things, and no bad things. Everything was theirs, except for one tree and its fruit, which God said they must not touch nor eat. Will they do what He told them? Sadly, very sadly (the saddest tale in all the world), they did not. They did not trust God, and they took and ate the fruit.

They became very frightened, and felt really bad (they were really bad too) and had to leave their garden home, out into the wide world, which had now become wild, dark, difficult and dangerous. It was all because they did not "DO WHAT HE TELLS YOU". That's what the whole title of the sketch is, as you will see later. How sad! But it gets worse. We are all the children of their children's children's children, and we are just the same. 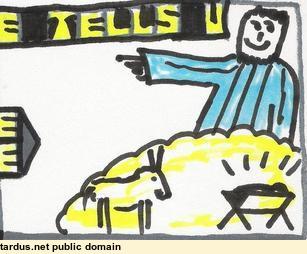 After very many years, at just the right time, someone did come. He was born to a country girl, a virgin named Mary, but his father was God Himself. He grew up as a good child, but no one heard much about him till he was a full-grown man. Then one day, when there was a big problem at a family wedding, Mary his mother said to the waiters "DO WHATEVER HE (Jesus) TELLS YOU" John chapter 2 verse 5 (and that is what we need to do to - He has the right because He made us. He loves us, and He has done something very wonderful for us - we will get to that later in the week).

Scene 3 - A Story of Wise and Foolish Builders 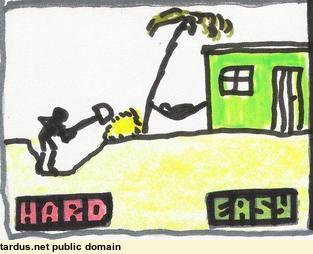 Jesus went on to tell the people many wonderful things, and some hard things, and huge crowds came to hear him. (Read them in Matthew's gospel, chapters 5, 6 and 7. There is a shorter telling of them in Luke's Gospel, chapter 6, verses 20 to 45)

At the end, he told them a story (a parable - that is a pretend story with a very important, and true, meaning. Read it in Luke chapter 6, verses 46 to 49). He told them about 2 men building houses. One man was wise, and the other a fool. (a puzzle - what is the most important part of a house, yet is invisible? The wise man knows the answer, but not the fool. Think about it before you look at the answer)

The wise man worked very HARD, digging down deep till he came to solid rock, firm and strong enough to hold his house up. Like him, if we want to do what Jesus tells us we must work hard too. It is hard work loving instead of hating, giving instead of taking, helping instead of hurting, truth-telling instead of lying.

The fool's work was very EASY as he just laid the bricks of his house on the sand. No sweat! His house was up and finished, and he was swinging in his hammock under a palm tree while the wise man was still digging! Its always easier to go with the crowd and do what everyone else is doing, like telling lies, cheating, swearing, name-calling, hating, and hurting others. 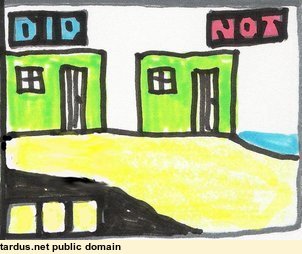 They look the same don't they? 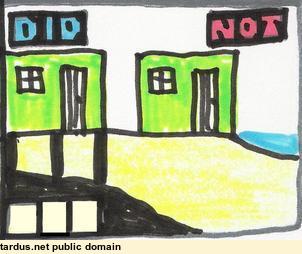 Jesus was talking about you and me. He was not really giving house-building lessons. 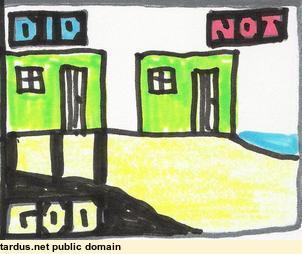 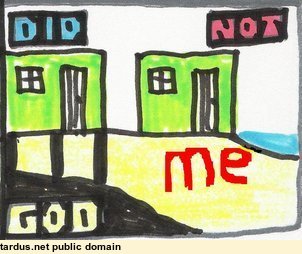 How are you building your life?

Are you listening to Jesus, and doing what He says? Or are you hearing, but not doing?

Jesus said that one day a violent rain-storm came on the 2 houses. The creek overflowed with swirling water, and the wind blew like a hurricane. The house on the sand collapsed, and was swept clean away, along with the sand it was built upon. But the house on the rock stood firm. 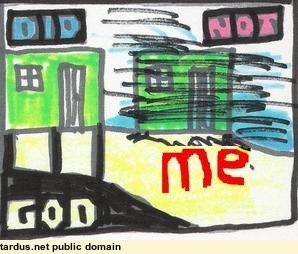 This is still a dark, difficult, dangerous world, and one day God's great storm will come. What are you building your life upon? Who are you trusting? Jesus, God's Son, or your own weak self? Building on your own weak "ME"?

Trust in Jesus, build on Him. He is the only sure path to true happiness, and to our true home. 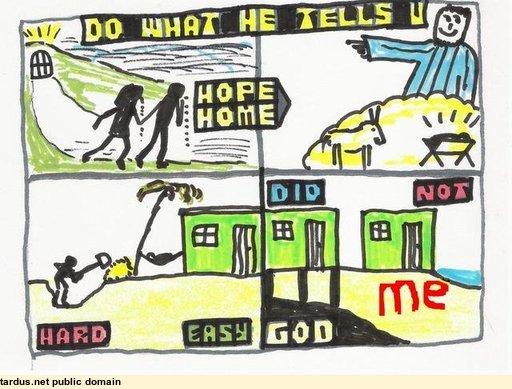 and complete at last. 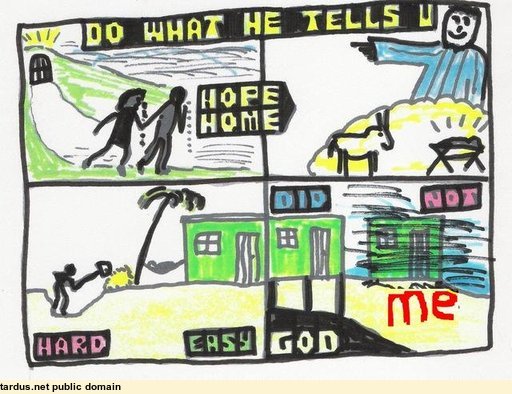 Yes, there is a difference! The wise man's house was built on something sure and solid. It's FOUNDATION, even though you can't see it, is firmly standing on solid rock. The fool's house is just on the loose sand.