Today's story from the Bible is full of surprises! (Luke's Gospel, chapter 7, verses 1 to 10) 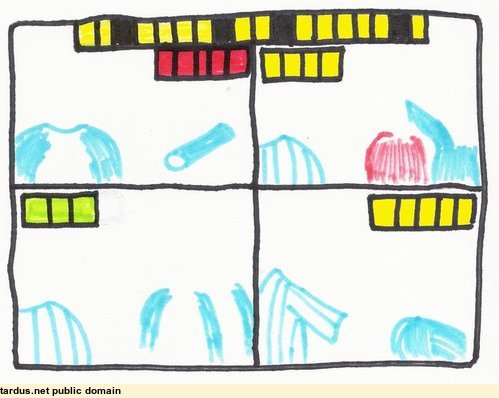 Israel (also called Judea), the country were Jesus lived, had been conquered by the mighty Roman Empire. Every major town had its garrison of Roman Army soldiers, to make sure the people obeyed and paid tax money to Rome. The people hated the Romans!

In the city of Capernaum there were Roman soldiers, and over them a Centurion, a very important army officer and probably the Roman commander of the city. 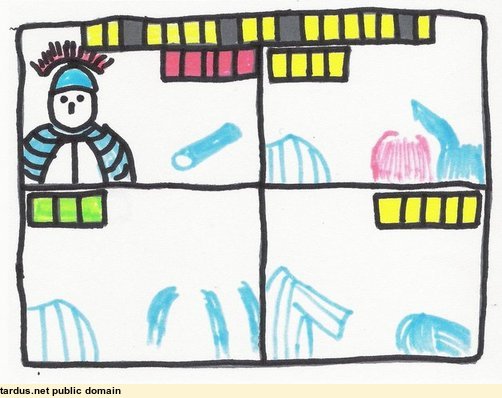 A Centurion commanded about 100 men (that's where the name comes from - we have centuries of 100 years, cricketers score centuries of 100 runs sometimes, and a Centurion commanded 100 men). A Centurion had to be brave, for he led his men into battle from the front-line. He had a special plume across his helmet, and had his armour polished like silver, so his men could see him. But so could the enemy, and many centurions died in battle, being targets for the enemy soldiers.

Some Centurions commanded other centurions, and so might command 1000 men, but they still led their own century into battle.

The Centurion in our story must have been an important officer. He was rich and powerful. It seems he had everything, but he was SAD, for his slave, who he loved more as a friend, was very sick, and DYING. That is a surprise! Who ever heard of a tough army officer caring for a slave, a servant he had bought as we might buy a dog? 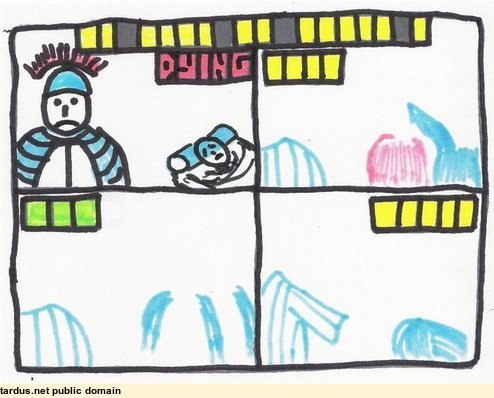 Jesus had made many sick people well. He is God's Son, and nothing is too hard for Him. The Roman Centurion heard that Jesus had come into his city, and thought "Jesus can stop my slave from dying!".

He asked some friends to find Jesus and ask Him to come and save his slave, whom he loved. But what surprising friends! They were the leaders of the people, who had been defeated by the Romans! Surely they won't go to help the hated Romans. But they do! Why? 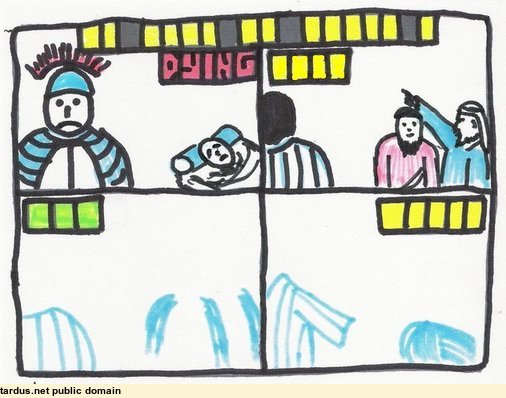 They find Jesus - it wasn't hard, for the city was buzzing with talk about Him. "Please come to the Centurion's house, for he is a GOOD man. He loves our people, and has built us our synagogue." (a place where they came to praise God, like our church buildings) 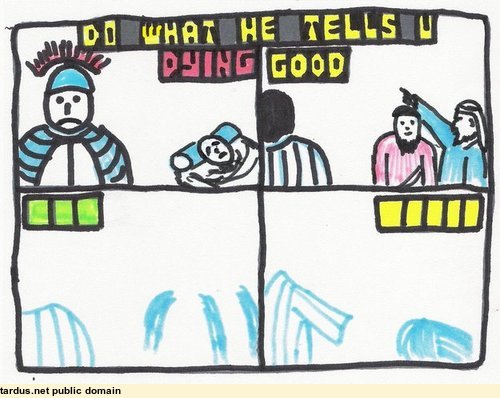 A good soldier need not be a rough, cruel man. This one was loved by the people he ruled over. He was kind, and was already doing the things that Jesus said to do (though maybe he had never heard Jesus) and he wanted to please God. "DO WHAT HE TELLS YOU" (John chapter 2, verse 5)

Jesus stopped what he was doing and began to go to the Centurion's house. 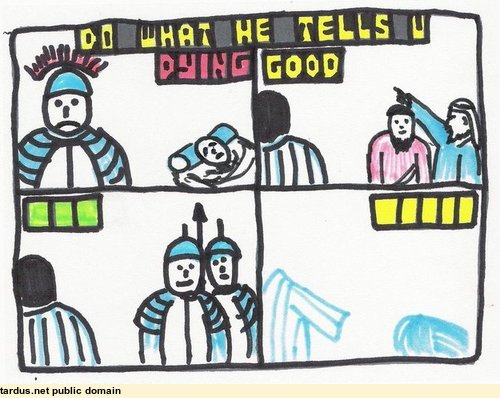 (The Bible does not tell us who this second lot of friends were, but at a guess they would have been some of his soldiers). 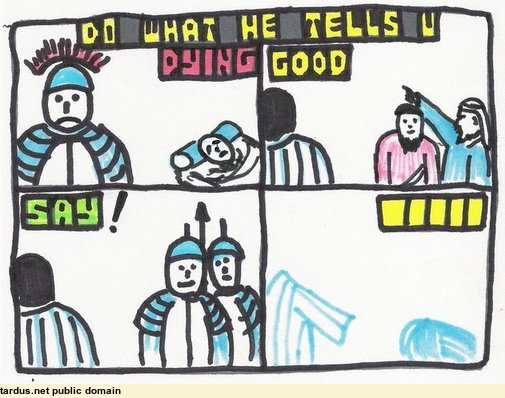 Jesus had healed many sick people by touching them, but never yet without seeing them at all.

Scene 4 - A Man of Great Faith

Jesus just stood there and he was amazed. He said "I tell you, not even in Israel have I found such faith!"

Just then the Centurion arrived himself. Perhaps he thought "Jesus will be too busy to come", then having sent his message thought "my friends might not get my message right, and my servant will die - I'd better go myself" ( Matthew chapter 8 verse 5 - see Footnote at the end ) 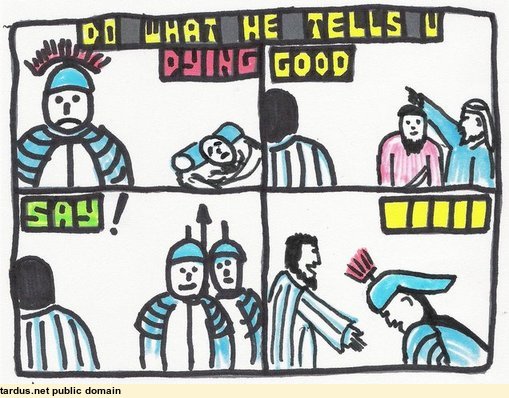 He kneels before Jesus and repeats the message himself.

What did Jesus tell him?

"Go, it will be done, just as you believed it would." Just as you TRUSTED it would. (Matthew chapter 8 verse 13)

The centurion did exactly that - "Go!" - he ran home, to find his servant up and well and bouncing with energy and health, and his happy friends to meet him.

Does Jesus heal everyone who is sick, and calls on Him for help? The answer is no - not everyone. For sometimes He has something better in mind. Sometimes we see it later on, sometimes we just have to TRUST Him and wait.

Nearly 40 years ago, when I had just become a follower of Jesus, I was planning a holiday. That's a good thing! But the day before my holiday I fell off my motorbike, broke my collar-bone, and was in bed bandaged up and in pain for a long time. That's a bad thing, isn't it? Could Jesus have fixed my broken bone and sent me on my holiday? Sure he could have. But I had a better time of it than a holiday would have given. I read my Bible every day, I had lots of time to pray to Him, I learned so much from Him. Many new friends came to visit me too, and one of them later became my lovely wife!

Just TRUST Jesus, and do what he tells you!

Matthew's account seems a bit different from Luke's. Did the Centurion come himself or just send friends? But it is often that way when we have 2 different eye-witness accounts of an event, as any police, lawyer or judge would tell you. People remember different parts of the whole event, but often miss something someone else sees and thinks is very important. My story above fits both accounts well, and is not original. We cannot of course be sure, but it is plausible.