God's people are not alone

Each tells us something about God. In fact, something that God is not.

That is, He is omnipotent, all powerful. The Babylonians did not conquer Israel because Israel's God was not able to help them, but because God gave judgement on His people. 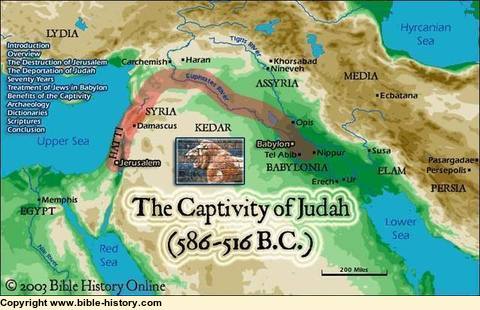 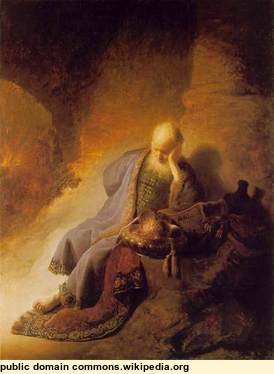 The cream of Judah's young men are taken captive - young (to more easily make them into Chaldeans) handsome and perfect (to better show-off king Nebuchadnezzar's court) and bright (to serve his government). See how judgement affects the godly too, for God's own wise and good purposes. But no one who trusts in Him will be the loser at the last.

3 year's free training in the best boarding school, with the best food laid on! (like trainee Astronauts) and with top jobs waiting if they did well at the final exams.

Ashpenaz (the King's warden over the young captives) gives Daniel and his friends new names, to show they belong to Nebuchadnezzar and his gods now. ('Bel must be greater than Jehovah, since Jehovah could not keep His people safe'), and the better to move them from their own religion:-

He is not far away - He is omnipresent, everywhere, including Babylon. He is utterly different from the little gods of the nations, who are mere projections of the warring kings' battles over territory.

God is there in Babylon too, to give favour to His faithful people - v9.

A time of testing (by God, not by Nebuchadnezzar) - will they obey God, even if it offends the king? 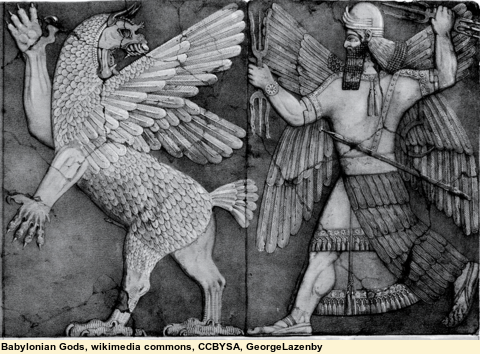 In the New Testament we are told "17 As for the rich in this present age, charge them not to be haughty, nor to set their hopes on the uncertainty of riches, but on God, who richly provides us with everything to enjoy. 18 They are to do good, to be rich in good works, to be generous and ready to share, 19 thus storing up treasure for themselves as a good foundation for the future, so that they may take hold of that which is truly life." 1 Timothy 6:17-19 English Standard Version Anglicised (ESVUK)

The good things of life are not wrong, and are to be received with thankfulness, but never to be grasped at as our main aim, nor hung on to when to do so would be a denial of God.

As an example, if you are pressured at work to connive at something clearly dishonest it is time to take a stand, even if it costs you your job or your reputation.

Still, while we live in a land of democratic freedoms, remember that the price of democracy is that the majority rules. If that majority opinion shifts at some stage to being anti-Christian, we might well face laws that require us to deny God, to deny Christ, as happened in Nazi Germany. Use your liberties wisely now, and pray for faith and courage if you ever come to such an evil day.

He knows everything (He is omniscient). See how God gave great knowledge and wisdom to His obedient people, vv17,19,20

1 In the third year of the reign of Jehoiakim king of Judah, Nebuchadnezzar king of Babylon came to Jerusalem and besieged it. 2 And the Lord gave Jehoiakim king of Judah into his hand, with some of the vessels of the house of God. And he brought them to the land of Shinar, to the house of his god, and placed the vessels in the treasury of his god. 3 Then the king commanded Ashpenaz, his chief eunuch, to bring some of the people of Israel, both of the royal family and of the nobility, 4 youths without blemish, of good appearance and skilful in all wisdom, endowed with knowledge, understanding learning, and competent to stand in the king's palace, and to teach them the literature and language of the Chaldeans. 5 The king assigned them a daily portion of the food that the king ate, and of the wine that he drank. They were to be educated for three years, and at the end of that time they were to stand before the king. 6 Among these were Daniel, Hananiah, Mishael, and Azariah of the tribe of Judah. 7 And the chief of the eunuchs gave them names: Daniel he called Belteshazzar, Hananiah he called Shadrach, Mishael he called Meshach, and Azariah he called Abednego. Daniel's Faithfulness

8 But Daniel resolved that he would not defile himself with the king's food, or with the wine that he drank. Therefore he asked the chief of the eunuchs to allow him not to defile himself. 9 And God gave Daniel favour and compassion in the sight of the chief of the eunuchs, 10 and the chief of the eunuchs said to Daniel, "I fear my lord the king, who assigned your food and your drink; for why should he see that you were in worse condition than the youths who are of your own age? So you would endanger my head with the king." 11 Then Daniel said to the steward whom the chief of the eunuchs had assigned over Daniel, Hananiah, Mishael, and Azariah, 12 "Test your servants for ten days; let us be given vegetables to eat and water to drink. 13 Then let our appearance and the appearance of the youths who eat the king's food be observed by you, and deal with your servants according to what you see." 14 So he listened to them in this matter, and tested them for ten days. 15 At the end of ten days it was seen that they were better in appearance and fatter in flesh than all the youths who ate the king's food. 16 So the steward took away their food and the wine they were to drink, and gave them vegetables.

17 As for these four youths, God gave them learning and skill in all literature and wisdom, and Daniel had understanding in all visions and dreams. 18 At the end of the time, when the king had commanded that they should be brought in, the chief of the eunuchs brought them in before Nebuchadnezzar. 19 And the king spoke with them, and among all of them none was found like Daniel, Hananiah, Mishael, and Azariah. Therefore they stood before the king. 20 And in every matter of wisdom and understanding about which the king enquired of them, he found them ten times better than all the magicians and enchanters that were in all his kingdom. 21 And Daniel was there until the first year of King Cyrus.