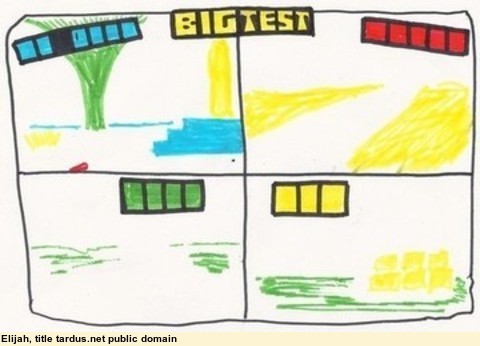 Why? Wicked king Ahab, and people had turned away from the Lord God AGAIN (do you ever do the same wrong things AGAIN?). It was God who had made them, and given them the good land they lived in. Ahab told the people "Baal is God!" Baal was a false, make-believe god, the god (so they said) of storms and rain and lightning. King Ahab's wife Queen Jezebel was the princess of Tyre, where Baal was already worshipped. They thought Baal was cruel, and even killed people as human sacrifices to Baal. Here is the completed story-sketch: