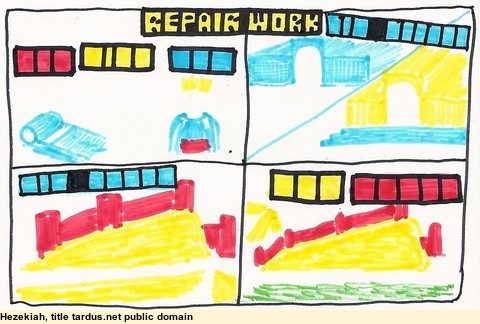 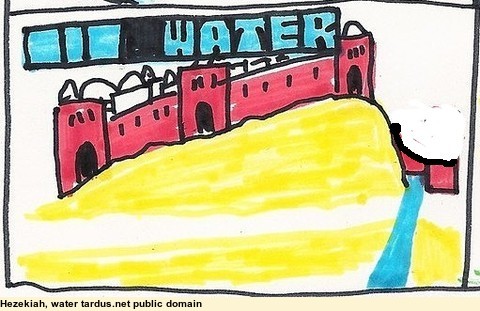 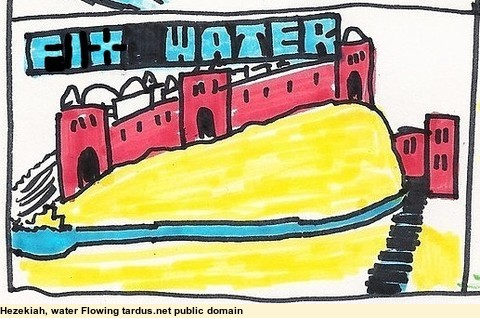 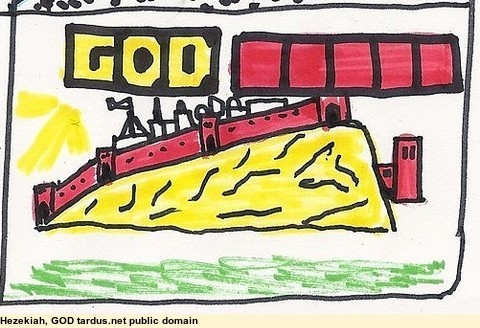 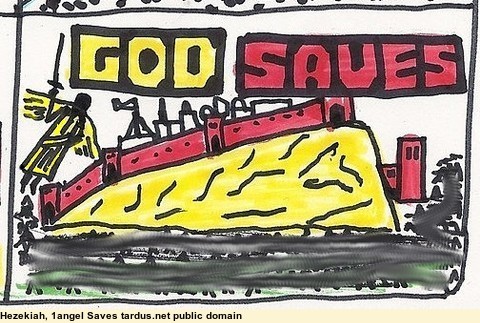 A GREATER ENEMY AND THE GREATEST SAVIOUR

There is a much greater and more cruel enemy that King Sennacherib of the Assyrians. It is an enemy we all have to face every day, and if it wins, each one of us is ruined forever and ever. It is Not Following the Plan that God gave to us all, and is called SIN, and includes every bad thing we ever do. It is far too strong for us to fight and win. God knows this, and right from the beginning, because He loves us so, He promised a Mighty Saviour who was to come at last. His name is Jesus, and we will meet him in tomorrow's story, "Digging Deep". He is our sure HOPE if we trust in Him.

Here is the completed picture-story: 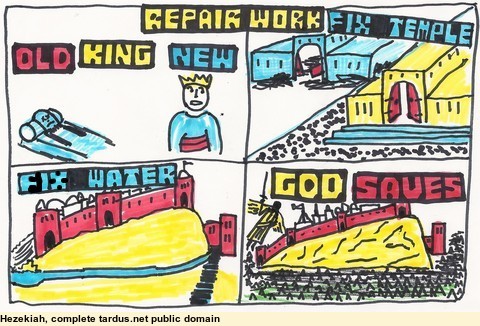