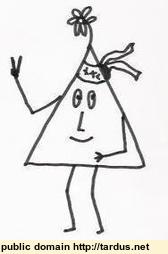 For three years I was part of the fledgling hippy sub-culture in Sydney. I and my friends even organized "happenings" - now there's an oxymoron if ever there was, but we didn't notice at the time. I also "joined" (sort of) the local Anarchist's Society. Yet another oxymoron as my brother happily reminds me (of course he's right, but it escaped me then).

We thought we could sit forever in fun, but our chances were really about a million to one (Bob Dylan - "Bob Dylan's Dream", from "The Freewheelin' Bob Dylan")

After those three years I was disillusioned and lost. I'd moved back with my long-suffering parents (cheaper) and worked as little as possible at my job with a computer company through the week. Weekends were spent out and about looking for a high of some sort (marijuana or LSD mostly). I'd also picked up an old Harley along the way, which I had "Easy Rider" dreams of turning into a real chopper. That drained most of my limited cash, so I started staying home on weekends, and reading sci-fi, an old love, to keep boredom and despair at bay.

One day I stumbled on part of CS Lewis's cosmic trilogy, a fragment of "Perelandra" in an anthology of Venus stories. I'd never heard of him, but was instantly fascinated and attracted. I searched the local library for more of Lewis's sci-fi, but nothing was in at the time, so I came away with an anthology of his thoughts called "A Mind Awake" (since reprinted by Harcourt, Brace & Co., Florida, ISBN 0-15-659772-1). The title describes almost exactly the effect the book had on me. Here was a man who had been a sound atheist for many years, a brilliant thinker, an Oxford and Cambridge don, a sharp-minded debater AND now a Christian. For me my spiritual yearnings and searchings had taken me to ABC ("Anything But Christianity"). I read Bertrand Russell, Camus, Sartre, Bishop John "Honest to God" Robinson, "The Dawn of Magic" and much else. I dabbled in Buddhism, Indian religions, Theosophy, Baha'i, the occult, Transcendental Meditation (but wasn't prepared to pay a week's wages to learn more when the Maharishi was in town), Creative Evolution (from Henri Bergson's book of the same name, the "life force" idea that surfaced later in the Star Wars world) and I don't remember what else.

Lewis was such a clear, lucid writer. Here at last was someone who made sense to me. The Christian world view he wrote of suddenly seemed both plausible and desirable. "Mere Christianity", "The Screwtape Letters" (from a senior to a junior devil on his first assignment as a tempter) and others filled my mind. I bought (with great embarrassment!) a copy of the Bible and began to read. "Your word is a lamp to my feet and a light to my path", and so it turned out to be (Psalm 119:105)