Today's true story from the Bible goes right back to the beginning. Really, they all do, for it is really all one giant story. 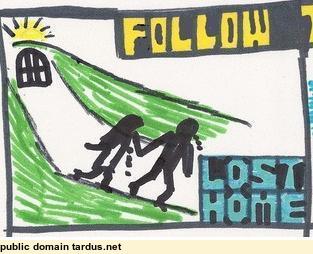 When God made the world (and the entire universe too) He made a man and a woman.(read about it in Genesis, the 1st book of the Bible. Genesis means "Beginning") The man and the woman were wonderful, perfect, beautiful and happy in God's care and love. They lived in a garden full of all good things, and no bad things. Everything was theirs, except for one tree and its fruit, which God said they must not touch nor eat. Will they do what He told them? Sadly, very sadly (the saddest tale in all the world), they did not. They did not trust God to be their King, and they took and ate the fruit.

They became very frightened, and felt really bad (they were really bad too) and had to leave their garden home, out into the wide world, which had now become wild, dark, difficult and dangerous. It was all because they did not "FOLLOW THE KING". That's what the whole title of the sketch is, as you will see later. How sad! But it gets worse. We are all the children of their children's children's children, and we are just the same.

But God still loved them (and you and me), and gave them a promise, like a great signpost, that one day they and their children would come HOME again. God's promise, that filled them with HOPE, was that one day someone born from their children's children's children, would come to set things right again. Someone Who would be their true, great and strong King, to rescue them from sin and sadness. 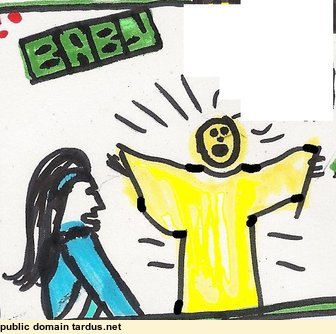 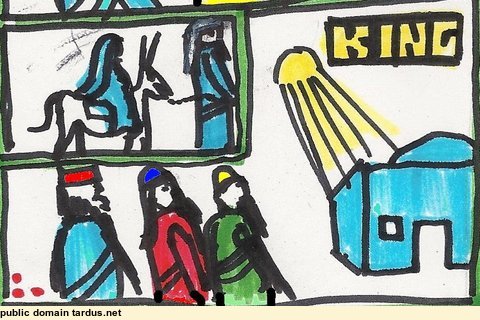 Some months later, some very wise men from an eastern land arrived at Jerusalem, the capital city of Israel, where bad King Herod sat on his throne. These men, called the Magi, had travelled many weeks to reach Israel, a long, hard and dangerous jpourney. The asked everyone they met "Where is the one who has been born KING of the Jews? We have seen his star in the east, and have come to worship him."

When King Herod heard about another king, he was angry, but pretended to want to worship him too. "Tell me when you find him" he said, but really he wanted to kill the baby!

At last they found the baby Jesus in Bethlehem (just where one of God's servants, Micah, had said, over 400 years before). They were so happy to have found Him. Much to the surprise of Mary and Joseph they bowed down before the young child Jesus and worshipped him as they would worship God Himself, and gave Him presents fit for a KING - gold, sweet-smelling frankincense, and precious myrrh. 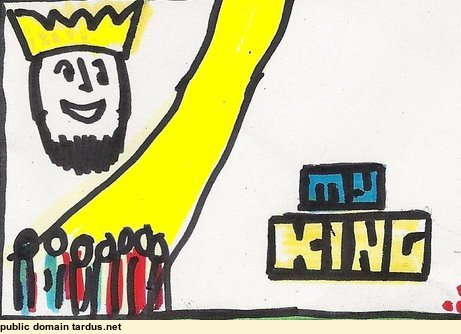 Will you have Him as your King? Will you say to Jesus, "My King!"? 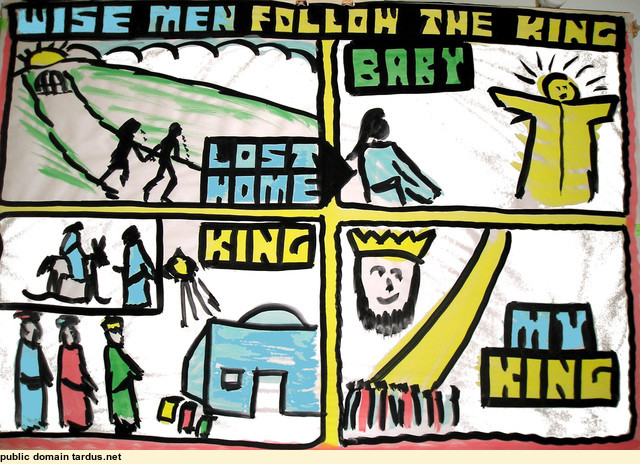 Click here for a download-able PDF copy - or go to the web-site https://tardus.net, click on "Story", then "KnightsOfTheKing"