The Lamb of God

A story about the real meaning of Easter, for children.

Here's the story sketch as an animated image 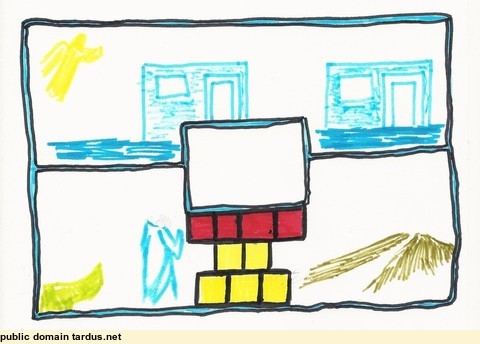 Many, many years ago God, Who created the world and everything in it, promised the people of Israel that they would have their own country to live in. 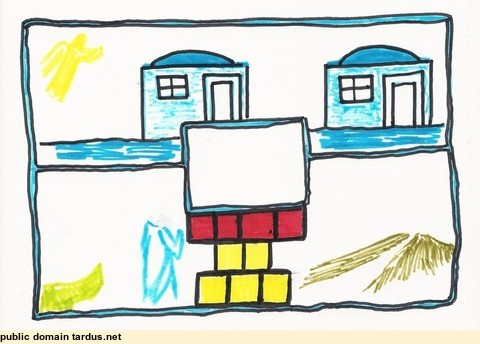 But it had not happened. They were slaves to the King of Egypt, made to work very hard, and beaten if they did not work hard enough. Had God forgotten them, forgotten His promise? Never!

God sent a man named Moses to tell the King "Let my people go" but the King said "No!, never! Who is this God that I should obey Him?". God sent many things to trouble the King, millions of flies, frogs, hail stones as big as cricket balls, darkness for days, but still the King said "No!".

At last God told Moses "I will send an angel to kill the eldest child in each house" (see what sadness the King's wicked pride was bringing upon his own people). "Then the Egyptians shall know that I am the true and living God" (for the Egyptians had many pretend gods that they worshipped). 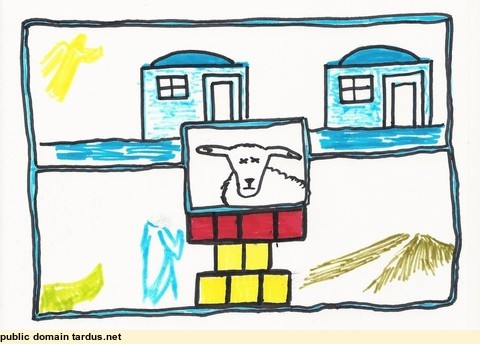 But what of the Israelite slaves? Would their first-born children die too? This is what God told Moses to do - they were to take a little, perfect, lamb from their flock, one for each house, and kill it instead. 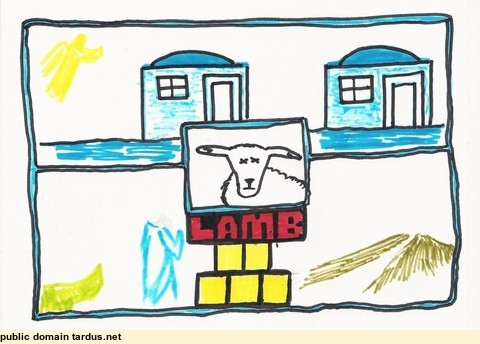 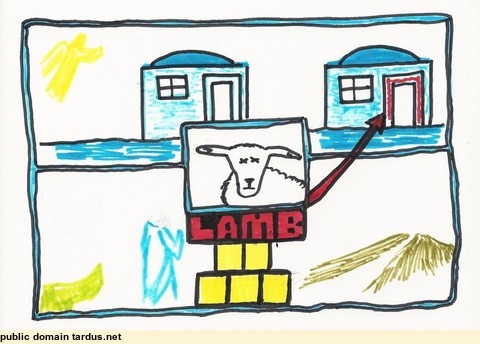 Some of its blood was then to be painted around the door of the house. God said "when the Angel comes and sees the blood marking the door, he will pass over that house, and not go in to destroy." 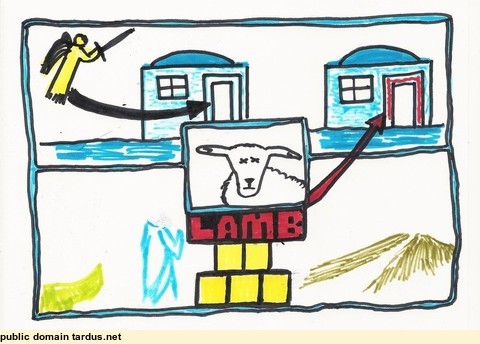 When midnight came, so did the Angel, just as God commanded. 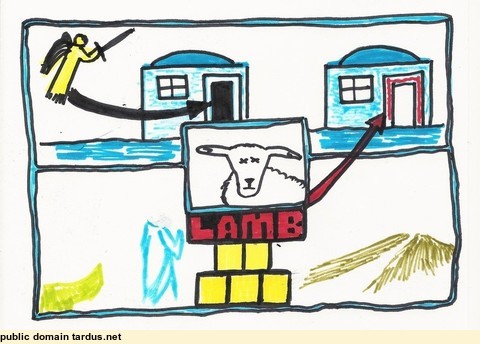 Wherever the Angel came, the eldest child died. That house was dark with sadness, the tears of the family. 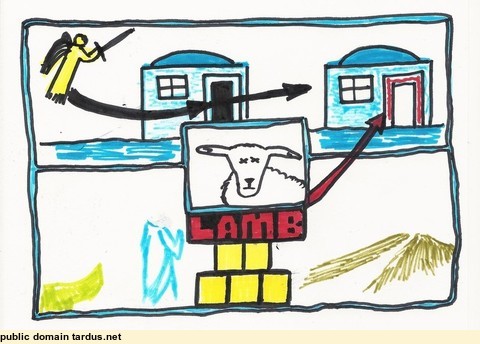 The Angel went to the next house. 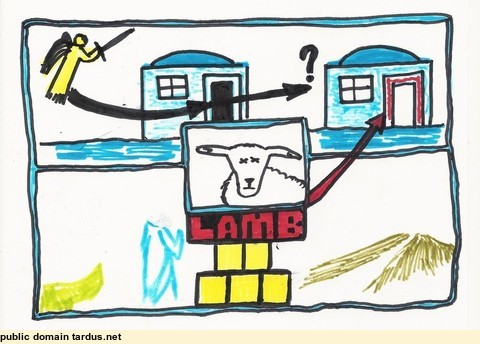 Was there lamb's blood marking the door posts? 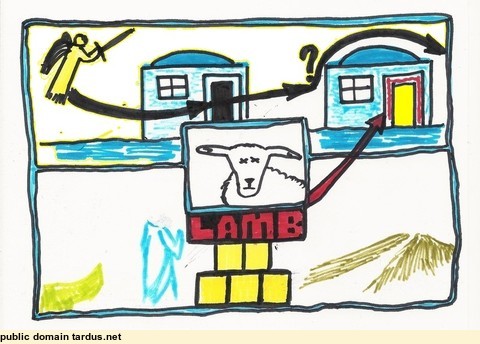 Yes! The Angel saw that death had visited this house already, for the lamb had died. Seeing that, he passed over the house and went on to the next house, to see if it has marked or not. 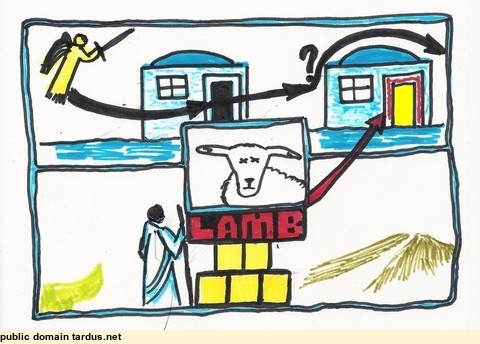 Many years later another man came, a greater Man than Moses. 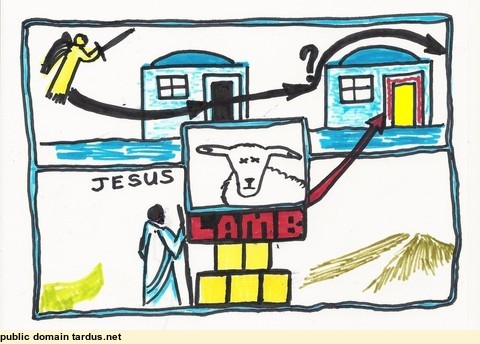 His name was Jesus, which means Saviour, or Rescuer. He came as God's perfect Rescuer, so much stronger than Moses. 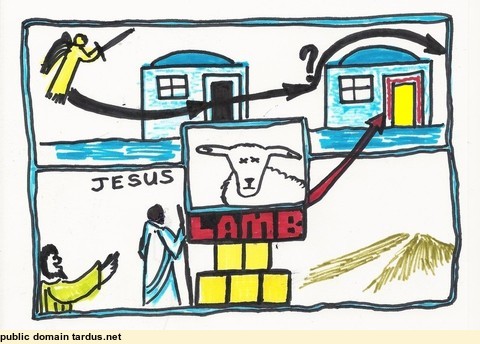 A messenger of God, named John, saw Jesus walking by, and called out to the people around him. 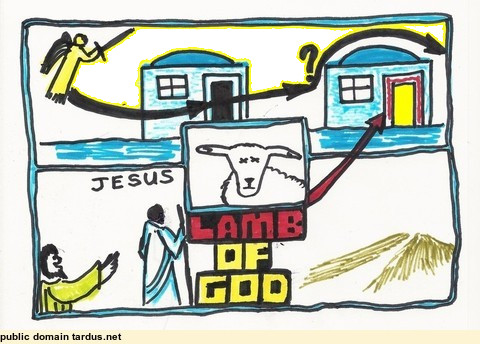 "See, the Lamb of God, who takes away the sin of the world!" The people who heard John shout out knew just what he meant. Every year they remembered the day when God saved the people in Moses' time, when His Angel had passed over the house marked with the blood of a lamb. They called this day the "Passover". They knew what it meant to be a Lamb. 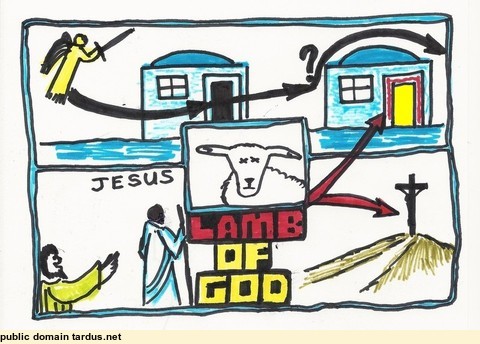 Jesus went about the country doing good; healing sick people, making blind people see, even bringing people who had died back to life. He told the people that the time for God's great Rescue had come. That He was Himself the Rescuer.

Bad, wicked men lied about Him. He was beaten up, made fun of, and taken out and hung on a wooden cross to die. Why, why!?

Because like the lamb, he was dying in our place. We have all done many bad things, which shut us away from God and all true happiness. Jesus gave Himself to die for me (and for you).

That is what Easter is really all about. That is why John called Him "the Lamb of God".

You can find the story in the Bible in the book of the Exodus (the second book from the beginning) in chapter 12. John the Baptist's calling out "the Lamb of God" is in John's Gospel, chapter 1, verse 29. John's Gospel is the fourth book of the New Testament, the part of the Bible written after Jesus came to die. The story does not stop there, for Jesus the Son of God is stronger than even death. He came back to life on the third day, was seen by hundreds of people, went back to Heaven, and at last will return one day to gather up those who trust in Him, to be with Him forever.

By the way, John the Baptist is not the John who wrote John's Gospel. John the Baptist was sent to prepare the way for Jesus. John the Apostle was a fisherman from Lake Galilee in Israel, brother of James and friend of Peter. He was one of the 12 men that Jesus picked to be His followers, and tell others about God's Great Rescue after He had gone back to Heaven.