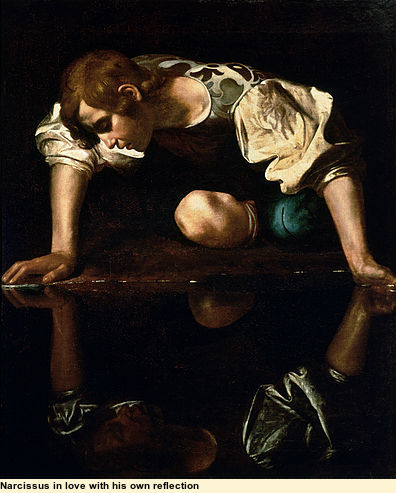 "How better far the world would be
If all the people were like me!
On second thoughts that's not so good;
The other people really should
Have me as centre of their sphere;
There's only room for one in here.
Only one can be the middle,
And know the answer to every riddle
Of life, art, science and history;
And, of course, it's me, it's me!!!"

The narcissist's dictionary is here 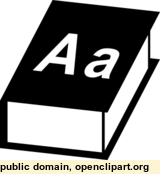 The first line was inspired by an Arch book called "2 Men in the Temple", from the first words of the self-righteous hypocrite's prayer. The corrupt Roman tax-collector would not, could not, did not say anything but "God be merciful to me, a sinner." (Luke's Gospel chapter 18).

I don't suppose many narcissists will read this. If they do I expect their reaction will be

The narcissist's victims are more likely to read this than the narcissist is. I hope they will not be upset by the pointed humour, but rather encouraged to know they are not alone, and to recognise the narcissist for what they are.

The narcissist is a chameleon, changing to suit the occasion in whatever way boosts their already inflated self-image. They can be infuriatingly charming to strangers (who they see as potential YAAs) but ruthlessly cruel to those already under their hurtful influence.

It may be well be doubted that Narcissistic Personality Disorder is really a psychiatric problem. It may well be thought that it is rather "bad old" human nature run wild. The Bible mentions it often, not by the name "Narcissism", but in terms of arrogant pride.

Psalm 17:10 They close their hearts to pity; with their mouths they speak arrogantly.

Psalm 55:21 His speech was smooth as butter, yet war was in his heart; his words were softer than oil, yet they were drawn swords.

Proverbs 21:24 "Scoffer" is the name of the arrogant, haughty man who acts with arrogant pride.

Isaiah 13:11 I will punish the world for its evil, and the wicked for their iniquity; I will put an end to the pomp of the arrogant, and lay low the pompous pride of the ruthless.

Yet Another Admirer (which is the same as yet another future victim).