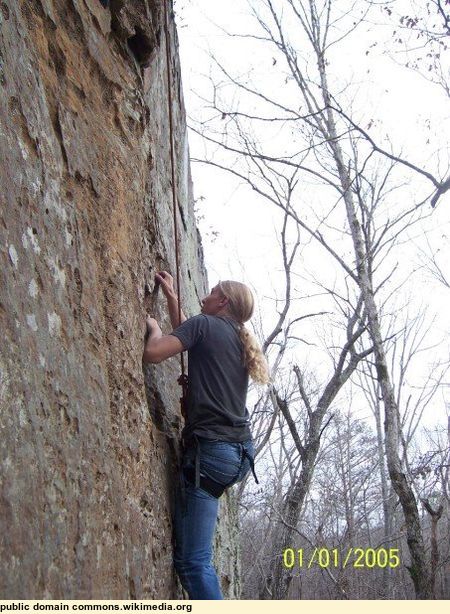 The central thrust of the Apostle John's letter is to urge us to be real Christians, and to warn us of the counterfeits who peddle confusion about what a real Christian is.

a Diversion first - a tip on making sense of the Bible

It is a great mistake to insist on reading every part of the Bible "literally" as many people do. By literally I mean always taking each word at its face value, and ignoring the fact that the Bible, like all literature (and it is literature, divinely inspired literature) uses many figures of speech and pictorial imagery. 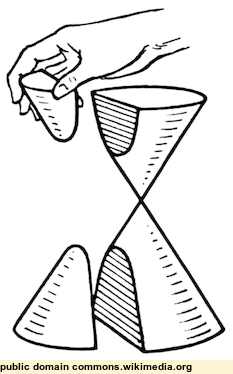 In particular, here in this letter John frequently uses hyperbole. No, not that funny graph you (might!) have seen in high-school maths; that was a hyperbola. Rather it is the figure of speech we use every day when we want to convey some truth by means of a great exaggeration. For example, "This bag weighs a ton!". Really! 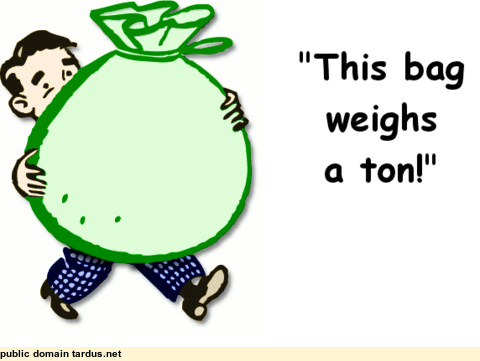 Hyperbole was a favourite method of Jesus our Lord. His sayings are full of camels getting stuck in the needle's eye, or being swallowed whole while the gnats are strained out.

He said things such as "If anyone comes to me and does not hate his own father and mother and wife and children and brothers and sisters, yes, and even his own life, he cannot be my disciple." (Luke 14:26 ESV). Did He really mean we must hate in order to follow Him who is Love itself? Of course not - His meaning is clear when He says at another time "Whoever loves father or mother more than me is not worthy of me" (Matthew 10:37 ESV). We are not to love anyone or anything more than Him.

So, John also uses hyperbole about 9 times in this second chapter of his letter (and by the way, there were no such things as chapters and verses when John and others wrote down the Bible). Just one example for now, verse 18 "Children, it is the last hour". Now, we are still here 2000 years later, so he can't have meant it literally. Why is it so important? Because if we misread such things we will end up very confused and distressed, and maybe fall prey to false teachers with the weirdest ideas. The real meaning is something like "Children, we are in the last times, the last days, before Jesus returns." Those last days have been longer than John and others perhaps expected, so much the more time for people to hear of Jesus, their only hope.

One other thing - John repeats himself often. Perhaps this is just the frailty of age (he was about 90 at the time), or because he was dictating to an assistant, and we all tend to repeat ourselves when speaking. 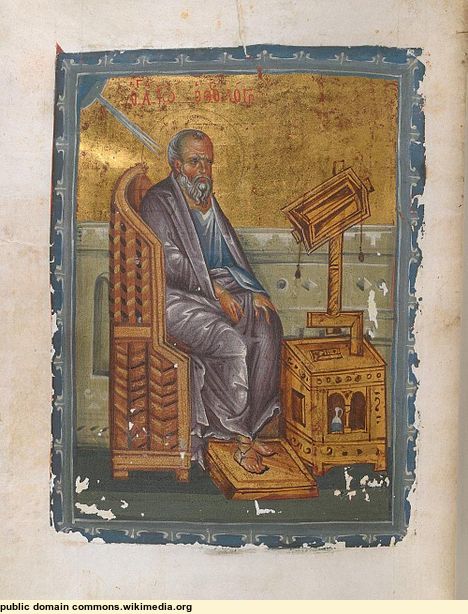 Whatever the reason, John's repetitions are in keeping with those of a lot of the Bible. Perhaps this is God's over-ruling wisdom at work, ensuring that there was enough duplication in the original manuscripts so that nothing was lost over the centuries of hand copying before printing appeared in the 15th century AD. The same principle of repetition or redundancy is hard at work even now in our computer systems and the Internet, to make sure our bank accounts don't get lost, and our emails get through intact. Be wary of any so-called truth that is only found in a single sentence of our Bible translations. 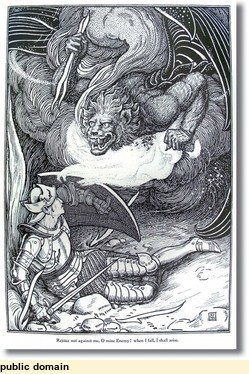 In "The Pilgrim's Progress" Christian had not gone far on his journey to the Celestial City before he was attacked by the monster Apollyon. Just so, every Christian before and since has had their share of opposition and trouble.

In every age there is some "anti-christ". The word means no more than "opposed to Christ". Only John uses the word, but the spirit of it is mentioned many times. We can read some of its history in the book of the Acts, and can see it throughout world history since, right up to today. It comes in many forms, a shape shifter like Proteus of the ancient myth.

However, the anti-christs that John has in mind are the false teachers abroad in his day, possibly those who taught "Gnosticism". This was a blending of old pagan ideas with the Gospel of Jesus. Gnostics taught that matter was inherently evil, that there was a remote God greater than Jehovah. Jehovah they called the less-than-good demi-God of the Old Testament, who made the material world. From this they taught that Jesus was not a true man, for then he would have been inherently evil, like all the material world. The man Jesus was only some sort of puppet, controlled for a time by the finger of the Divine and unknowable Other. That is, unknowable except by the Gnostics - only they had the true knowledge!

The test is this, in verse 22. Do they deny that Jesus is the Christ, the Son of God. Then they also deny God the Father.

Many will come to your door with seemingly plausible ideas. Ask them if they believe Jesus is the Christ, the divine Son of God ("I and my Father are One" - John 10:30 ) and equal with the Father. If they don't, then the truth is not in them.

Another hyperbole - v23 "No one who denies the Son has the Father." What about Peter? - he denied, but was restored, and went on to be a great apostle and Christian.

So, John is not giving absolute literal truth.

Rather it is "No one who denies and keeps on denying the Son..." 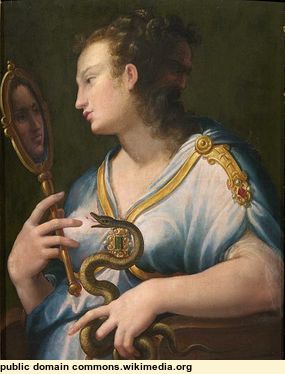 On the door of the US Library of Congress there is this depiction of Truth. In fact she is better seen in the painting by Macchietti of "Prudence", with her mirror of truth and the serpent ("be wise as serpents but harmless as doves").

Isn't "True Truth" an odd thing to say? How can truth be anything but true? Well, for many today truth is infinitely negotiable.

Gnostic
"I know the truth, and its a secret."
Agnostic
"I don't know the truth."
Atheist
"Whatever the truth is, its not God!"
Militant Atheist
"I don't believe in God, and you'd better not either!"
Postmodernist
"Truth, what truth?" Postmodernism is largely a reaction to the assumed certainty of scientific or objective efforts to explain reality. There is no consensus among scholars on the precise definition. In essence, postmodernism is based on the position that reality is not mirrored in human understanding of it, but is rather constructed as the mind tries to understand its own personal reality. Postmodernism is therefore skeptical of explanations which claim to be valid for all groups, cultures, traditions, or races, and instead focuses on the relative truths of each person. From Wikipedia
Militant Agnostic
"I don't know, and you can't know either!"
Relativist
"You have your truth and I have mine, so don't mess with me!"
Existentialist
"I make my own truth, and I'm miserable." Existentialism is generally considered to be the philosophical and cultural movement which holds that the starting point of philosophical thinking must be the individual and the experiences of the individual, that moral thinking and scientific thinking together do not suffice to understand human existence, and, therefore, that a further set of categories, governed by the norm of authenticity, is necessary to understand human existence. (Authenticity, in the context of existentialism, is being true to one's own personality, spirit, or character.) From Wikipedia
Christian
"Jesus said, 'I am the way, the truth and the life, no one comes to the Father except through me.'" John 14:6 All but the last are on the same slippery road. 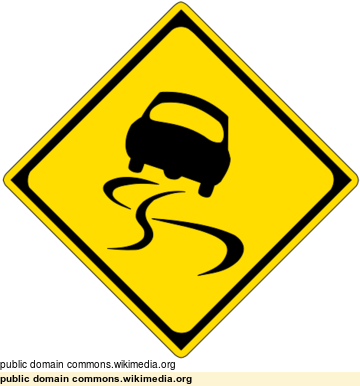 John says that those who believe in Jesus (that He is the son of God, coming down into our misery, and taking our sin and judgment on Himself, so that we can be forgiven and made fit for Heaven) have a way of knowing the truth truly.

What does he mean when he says "But you have been anointed by the holy One, and you have all knowledge."? Certainly not that we understand everything. The answer is in verse 24 "As for you, see that what you have heard from the beginning remains in you. If it does, you also will remain in the Son and the Father." and in verse 26 "I am writing these things ...". We have God's word, and we have God's Spirit, just as Jesus promised "But the Counselor, the Holy Spirit, whom the Father will send in my name, will teach you all things and will remind you of everything I have said..." John 14:25

Get to know the Bible - God's Spirit will never teach you anything that is not in His word. He teaches through this same Word of God.

Real Christians Have Sure Hope, v25,28 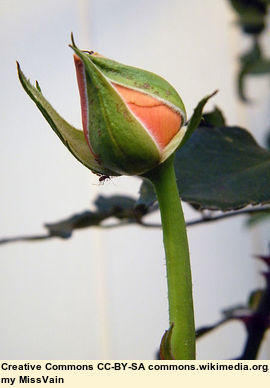 Not a "maybe", "I hope so" kind of hope. The Christian's hope is backed by the promise of God, Who never fails, never breaks His word. "And this is what he promised us - eternal life." verse 26. As sure as the rose flower springs out of the bud, so sure is His promise; surer in fact. Surer than the foundations of the Earth. Cling by faith to Jesus, and He will surely carry us home to be with Him forever.

All the other "-isms" lead to the opposite of hope, to despair. Despair in this life, and much worse, to despair in the next, for all eternity. Thank God we are still living in Time, for as the proverb says, "While there is time, there is hope." Jesus the true Truth still carries the light of hope into the prison of this world's despair. 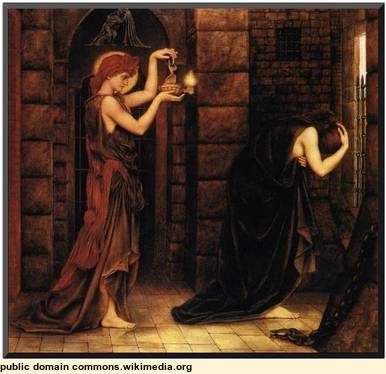 For the Christian, there is the sure hope that one day we shall see Him whom our souls love, with all the joy with which a bride looks forward to the wedding day. 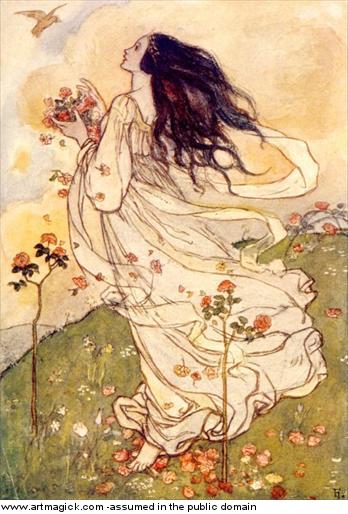 But if you neglect or reject this hope, there is only the ash heap of despair forever. 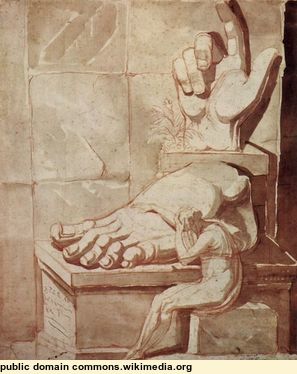 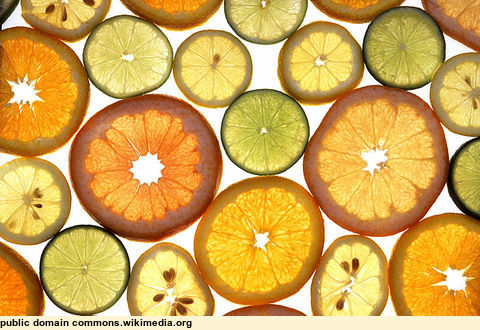 Real fruit comes from real roots. It does not grow on dead trees. But if you have your life rooted deeply in Jesus, then you are a real Christian, and you will have real fruit in your life. John tells us of two different types.