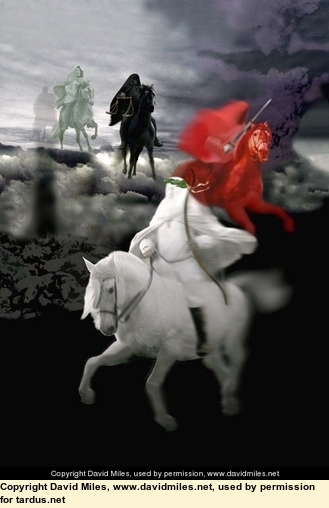 "Here is the 10 o'clock news update. Reports continue to come in from many parts of the world of invasions, coups, wars, fighting and terrorism. Famine and poverty are on the rise, with the price of bread peaking at a day's wages per loaf. Thousands have died or been made destitute by devastating earthquakes, tsunami and cyclones. Virulently infectious plagues have killed many, not only in the poorer countries, but also in the more developed ones. In addition there are reports of widespread persecution of Christians in many countries, with church burnings and massacres. Tomorrow's weather is expected to be fine, with the prospect of a shower or two in the afternoon, and a peak temperature of 55 degrees (Celsius). Stay tuned for the next bulletin at midday." 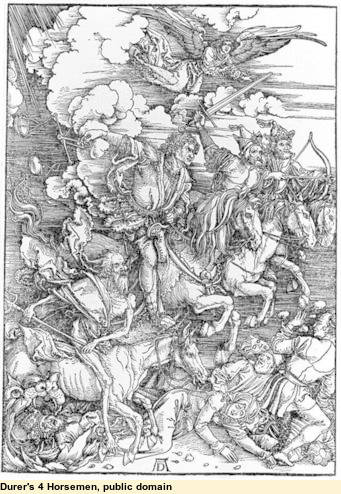 The Book of Destiny