Revelation Chapters 8 to 11, "The Trumpet of The Lord" (the 2nd Short History of the World) 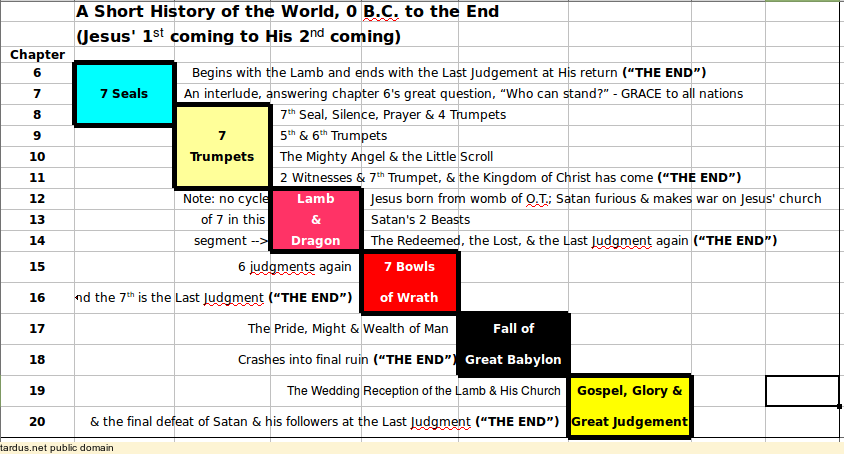 What of the 7th Trumpet?

A Mighty Angel and a Little Scroll - Chapter 10, and Interlude

"The kingdom of the world has become the kingdom of our Lord and of his Christ, and he shall reign forever and ever." v15

Click here for the next Revelation article Revelation Chapter 12 - "The Woman, the Dragon and the Man-Child"