In the last great war my father served with Montgomery's 8th Army in North Africa. He was in the Royal Army Service Corps, which meant he and his men delivered battle tanks to the front line against Rommel's Afrika Corps Panzers. They also went in to the battle zone at night to retrieve damaged tanks. So much of any army's success depends on keeping its supply lines open, and that where Dad served.

Now, when an army's supply line gets too long, they can get into real trouble, as Napoleon and Hitler discovered in their Russian offensives.

Well, we started with this fascinating, confusing, startling and vital book of The Revelation about 3 years ago, so you might say our supply line is getting a bit long. So a lot of what we cover today will be reviewing where we've come so far, and then quick tour of these 2 chapters.

As my presentations on Revelation were given at intervals of a few months, I prepared a review of the "Brief History" up till chapter 14. You can find it here A PDF version is also available

The History of the World so far (much simplified) The Singers and the Song

the line separating good and evil passes not through states, nor between classes, nor between political parties either, but right through every human heart, and through all human hearts. This line shifts. Inside us, it oscillates with the years. Even within hearts overwhelmed by evil, one small bridgehead of good is retained; and even in the best of all hearts, there remains a small corner of evil. -- Alexander Solzhenitsyn

The Curtain Goes Up on the Seven Plagues

Reminds us of the plagues in Egypt. "Let my people go!" but Pharaoh would not, until his magicians had to confess "this is the hand of God!"

Apocalypse Now! - the 7 Bowls are Poured Out 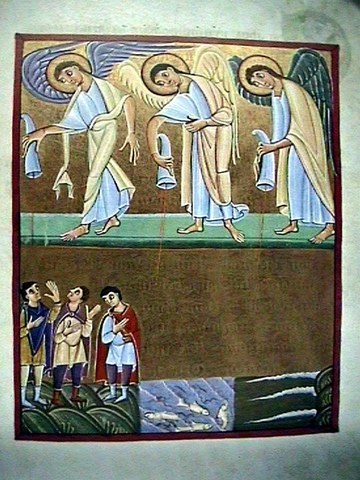 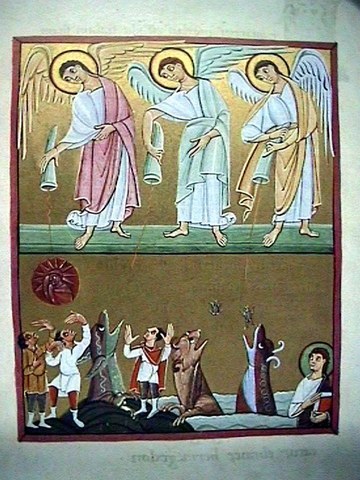 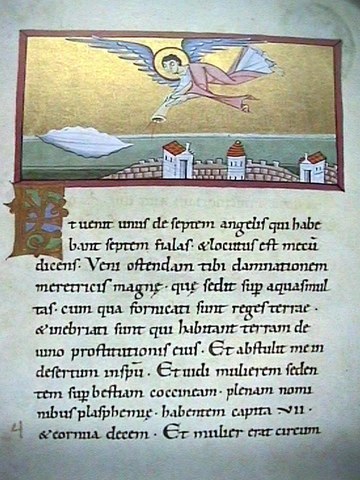 -Over -Finished -"THE END" (again! - Look back and you will see we have reached "THE END" previously in chapters 6, 11 and 14. We will meet it again in chapters 18 and 20. This tells us that the "history in pictures" that we have from chapters 6 through to 20 is a cyclic one. Several different sets of symbols telling much the same story.) -islands run away, mountains levelled (note: same as in ch6:14 - this proves the cyclic nature of the visions of the book)

Grim, but there is Hope

"9 The Lord is not slow in keeping his promise, as some understand slowness. He is patient with you, not wanting anyone to perish, but everyone to come to repentance.

10 But the day of the Lord will come like a thief. The heavens will disappear with a roar; the elements will be destroyed by fire, and the earth and everything in it will be laid bare.[a]

11 Since everything will be destroyed in this way, what kind of people ought you to be? You ought to live holy and godly lives 12 as you look forward to the day of God and speed its coming.[b]That day will bring about the destruction of the heavens by fire, and the elements will melt in the heat. 13 But in keeping with his promise we are looking forward to a new heaven and a new earth, the home of righteousness."