Solar Voltaic Power for my House

We've added another 5Kw of panels and an Alpha-ESS 15KWh battery. The battery system has its own inverter and integrates the DC from the new panels and the AC from the SMA inverter/first 24 panels. The battery has smart functions by Evergen including monitoring and recording via their web portal and Android app, so I no longer use PVoutput.org. There's no way I can get the total system data to it.

Better monitoring is now provided at PVoutput.org - I am now using the excellent sma-bluetooth package running on Debian Linux to gather the data from the inverter and send it to pvoutput.org for logging and graphing.

I've long been fascinated by the idea of having photo-voltaic panels on our roof so that we can generate our own power. The economics were not very attractive for along time.

More soon, but we have been and gone and done it. On order are 4 Kilowatts of SilexSolar panels and an SMA SunnyBoy 4000TL inverter. It should be connected to the grid within a week, and we can then start some green power and get paid for it - here in NSW, Australia, we have a gross feed in tariff, meaning we get 66 cents per Kwh. Rather lavish, and the state government has just reviewed it and is dropping the rate to about 22 cents. However, our application was in before the change took effect, so we will get a good return. Hopefully the Australian governments will be able to settle on some scheme that will encourage more solar PV installations, before we start running out of power. No one wants to invest in the big coal-fired power-stations anymore.

We have had the solar voltaic panels and inverter in and working since Dec. 3 2010. There are 24 x 170w Silex mono-crystalline panels on our flat roof, at the south eastern corner to minimise shading from trees to the north and west. 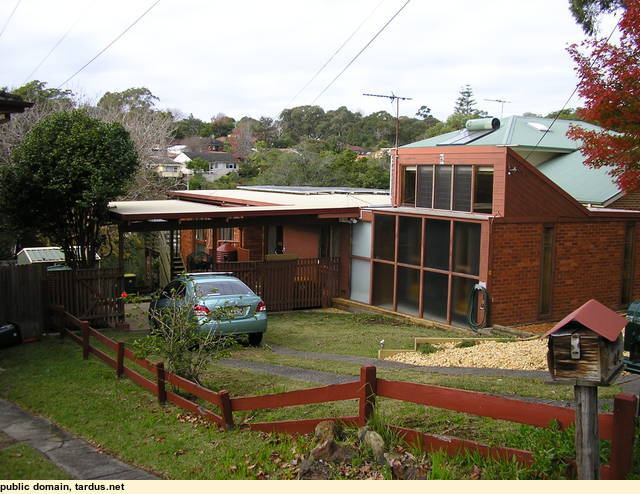