George Macdonald was a 19th century Scottish writer, perhaps best known as the father of fantasy writing. His best works (according to CS Lewis) were Phantastes, Lillith, the Curdie books, The Golden Key and The Wise Woman.

Macdonald was also a friend of Lewis Carroll, author of Alice in Wonderland.

The following extracts from some of Macdonald's other works about the truth, or essence, of things startled me. Startling, not because I disagree, or doubt them, but because they seem so right, so obvious, though I had never thought of them with clarity before. A bit like when you hear a piece of music for the first time that enchants you, that seems to fit perfectly with your soul, as if you had known it all your life.

The essence of a thing is not its mere analysis: our best scientific efforts, though good in themselves, cannot and do not define the thing, in the same way that the idea of mind is not exhausted, not emptied, by even the most wonderful and sophisticated researches into the brain. 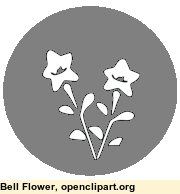 The truth of the flower is, not the facts about it, be they correct as ideal science itself, but the shining, glowing, gladdening, patient thing throned on its stalk - the compeller of smile and tear ... The idea of God is the flower: His idea is not the botany of the flower. Its botany is but a thing of ways and means - of canvas and colour and brush in relation to the picture in the painter's brain. 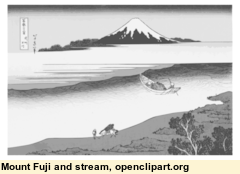 Is oxygen-and-hydrogen the divine idea of water? Or has God put the two together only that man might separate and find them out? He allows his child to pull his toys to pieces; but were they made that he might pull them to pieces? He were a child not to be envied for whom his inglorious father would make toys to such an end! A school-examiner might see therein the best use of a toy, but not a father! Find for us what in the constitution of the two gases makes them fit and capable to be thus honoured in forming the lovely thing, and you will give us a revelation about more than water, namely about the God who made oxygen and hydrogen.

There is no water in oxygen, no water in hydrogen; it comes bubbling fresh from the imagination of the living God, rushing from under the great white throne of the glacier. The very thought of it makes one gasp with an elemental joy no metaphysician can analyse. The water itself, that dances, and sings, and slakes the wonderful thirst - symbol and picture of that draught for which the woman of Samaria made her prayer to Jesus - this lovely thing itself, whose very wetness is a delight to every inch of the human body in its embrace - this live thing which, if I might, I would have running through my room, yea, babbling along my table - this water is its own self its own truth, and is therein a truth of God.

Let him who would know the love of the maker, become sorely athirst, and drink of the brook by the way - then lift up his heart - not at that moment to the Maker of oxygen and hydrogen, but to the Inventor and Mediator of thirst and water, that man might foresee a little of what his soul may find in God.