' The Kitchen to end all Kitchens

The Kitchen to end all Kitchens

At least the last we will probably ever have built - after all I am 60 in a few weeks, and the last kitchen lasted nearly 30 years.

Our old kitchen was put in when our son was 8 months old and he has now passed his 30th birthday, so it did well. When we bought the house it had a kitchen just 2.7 metres square (9 ft square) with 2 doorways which robbed it of about a third of its space. 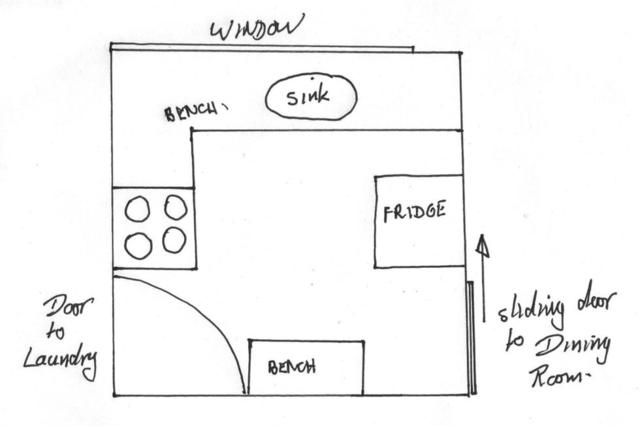 I designed a new layout in 1979. By walling up the doors and putting a new door in another wall we got much more space. However, going for maximum storage space isn't always the best way, as we learned over the years. Corner cupboards and a corner pantry sound great in theory but are not so useful. You either don't use the out of the way parts, or fill them with things you can't reach and end up forgetting about. And it was still the same size kitchen overall. Much better than what we had, but not so useful as we had hoped. 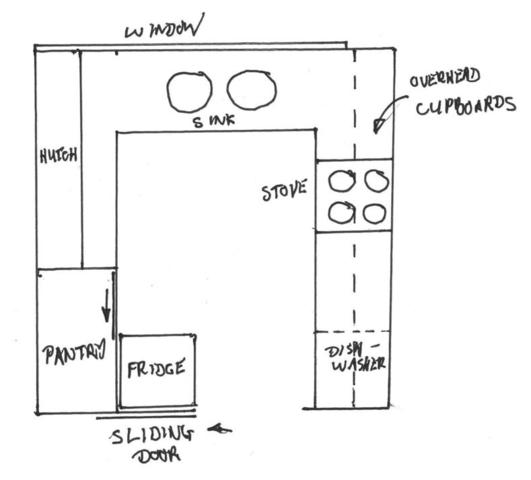 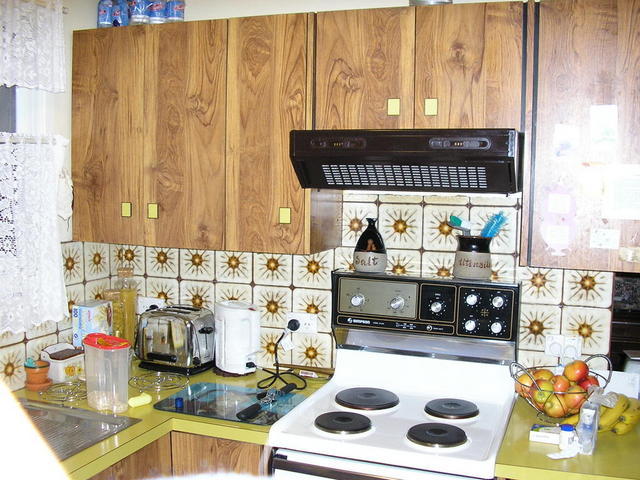 What was wrong with the old kitchen?

What we did differently this time

Here's the sketch plan of the new kitchen 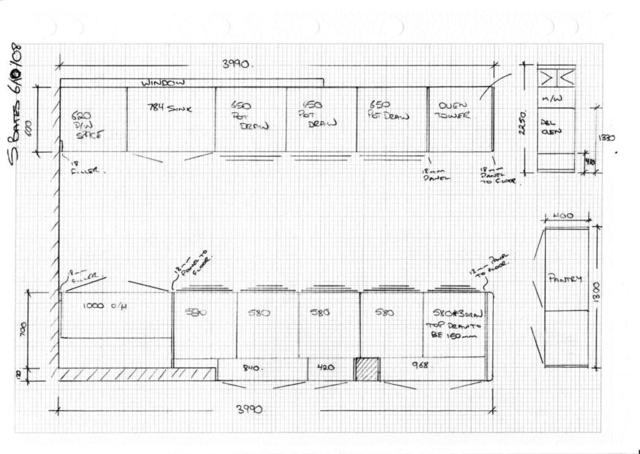 ...and the cardboard model I made to help visualise the new layout 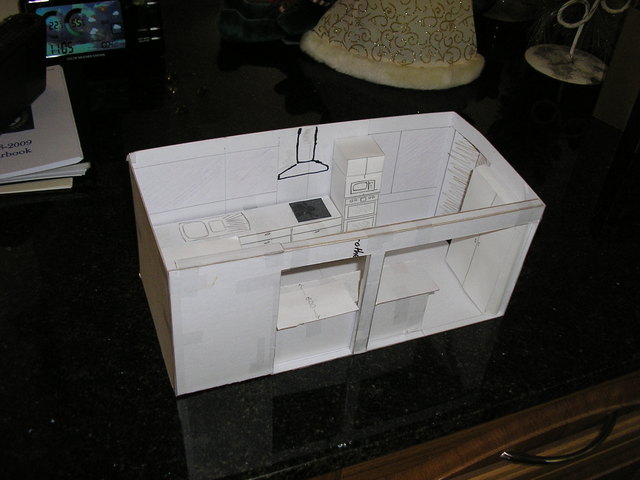 Here are 2 pix of the new kitchen 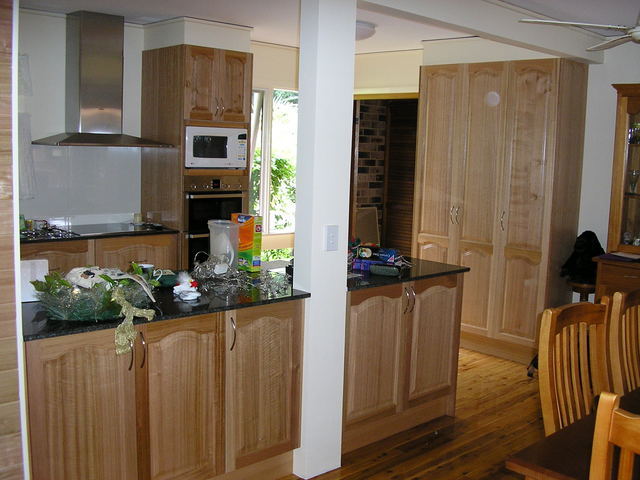 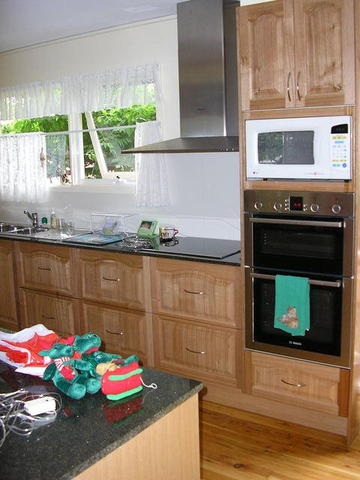 And a long shot from the entrance, showing the "galley" layout well 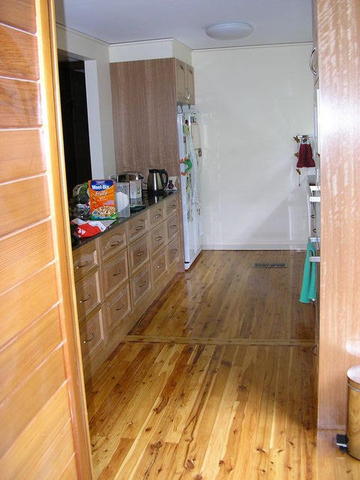 These are on a separate page