flamingo - noun: a corruption of the early colonial Australian "flamengo", which was a dance. The dance consists mainly of whirling movements with much foot-stamping, while the dancer holds two large pink birds trained to clack their beaks in time to the music. 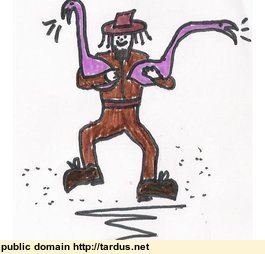 Musical accompaniment is traditionally provided by a lyre-bird on strings and a quartet of bell-birds. 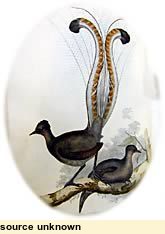 The latter, unlike human hand-bell ringers, only use 2 tuned bells each, as the other claw is needed for holding on to the branch (the expression "fallen of his perch" originated with unsuccessful experiments to train the birds to use 4 bells each). This limits the notes to a range of 8 semitones, being one octave, so the melodies are always simple though highly rhythmic. 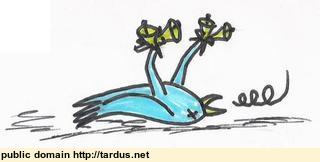 flamingo is not to be confused with "flaminko", which was a method of writing secure and secretive messages in early colonial times. Messages were written with an alcohol-based ink, which was then ignited, thus ensuring that the message was safe from prying eyes. The practice is thought to have arrived with Irish settlers. 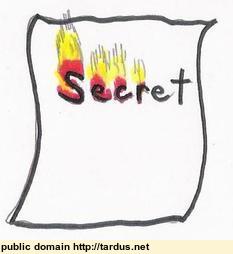